After game sgainst Llanelli and Flamurtari we faced a club with some real European heritage.  The third qualifying round started with a trip to Steaua Bucharest.

John Ruddy had joined us on loan from Everton minutes before the deadline and was given his debut in claret and amber in this game.  He gave an early indication of the sterling service we would see throughout the season with an excellent display that included a first half penalty save. 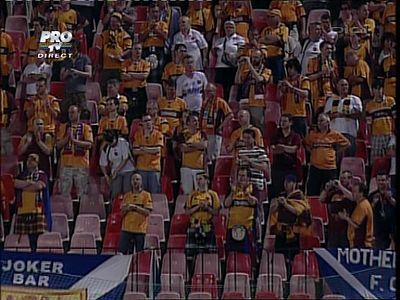 The conditions on the field were brutally hot and our men suffered as they had to work hard to close down the home side.  Steaua dominated and all the action was at our end.  We held out for half an hour but inevitably conceded.  Steven Craigan scored it as he attempted to clear a corner.  As the half closed Nicolita finished after collecting a neat pass though the crowded box.

Stancu headed the third after an hour and we had a mountain to climb. 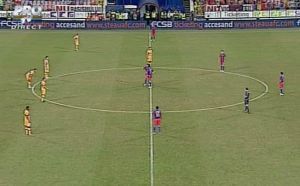 Gannon’s post match comments were to echo a recurring theme in his short spell in charge.  “'It was, in many ways, a lesson in football for the boys tonight.  I think continental football is miles ahead of the British game.  It was a fantastic learning experience but it reinforces all my thoughts about the game. If you look at British players, they don't know how to play off their shape. They are not technically good enough in their awareness or sharp thinking.”