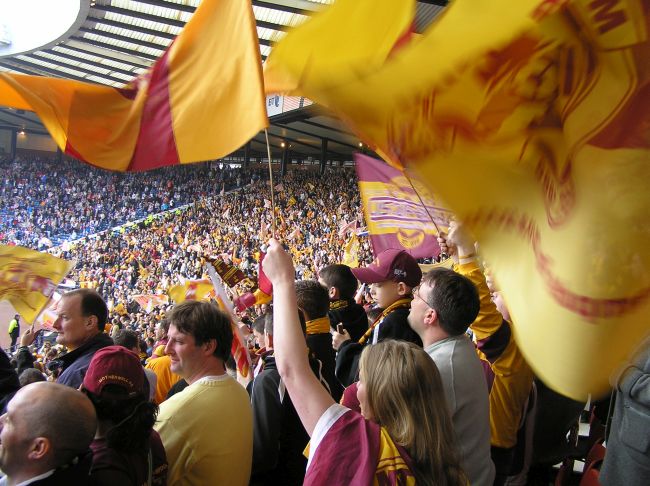 Scott Leitch - “It’s brilliant for all the coaching staff as they are all in it together, its great for everybody connected with the club who have worked so hard.”

Some last thoughts before the big day - The Time is Now

Cup Final Recollections from the 1950s.

How do our opponents fare in League Cup finals?
Read about it here

Semi Final Shirts Up for Grabs

The WellTrust acquired all the strips which were used at the CIS Cup Semi Final.

Here's how some lucky fans won them, Semi Final Strips

And here are the winners.

A selection of semi-final programmes.

The Players
Eighteen players took part in the four games on the way to the final. The Men Who Got Us There ...

The Road to Hampden

We started the campaign in the second round with a drive down the Clyde to Greenock.Goals from Paterson, McBride and Clarkson eased us into the competition.  Match report 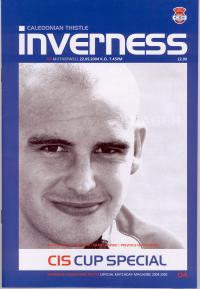 ICT were allowed to host this encounter at Caledonian Stadium rather than Pittodrie where they had been playing their league games.Despite this ‘return home’ less than 1500 fans saw Foran, McDonald and McBride score to send us to the fourth round.
Match report

Our trek to away grounds continued with a trip to Livi.The Lions were well and truly tamed as Dorado (og), Foran(2), O'Donnell and Wright sent us into the semi final. 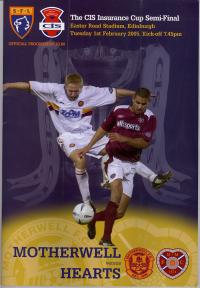 In a thrilling match in Edinburgh,Craigan, Foran and then Fitzpatrick with an goal in the dying seconds of extra time set up our first League Cup Final for fifty years.

Columnist Kenny Angove covered our cup run in some of his weekly pieces – take your pick.

A look back at the ‘Well’s previous League Cup semi-final outings.

CIS Semi next up for the 'Well

Those Old Firm glory hunters have no idea what a final means to ‘Well fans.