Reviews of seasons since 2001

The FirParkCorner guide to recent campaigns. 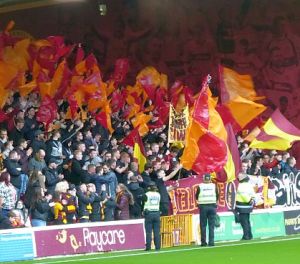 A top half finish and into Europe, what more could we ask?  Some skilful football! 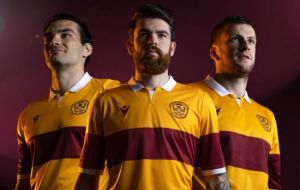 A season without fans. 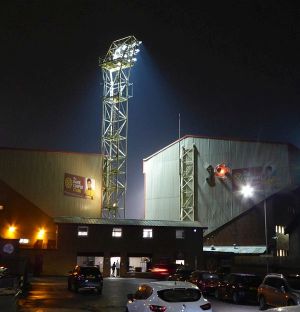 The team delivered a third place at the end of a curtailed season and deserved praise and congratulations for exceeding expectations. 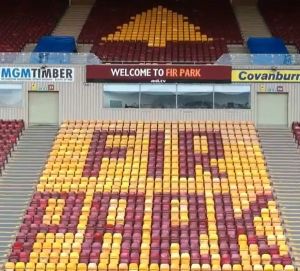 After a few scary moments safety was assured with room to spare. Another batch of young players emerged and we had a good season for the club finances. 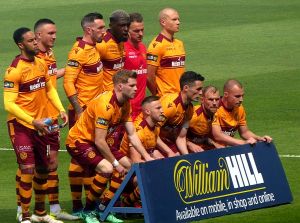 One of the best seasons in decades.  Premiership safety and appearances in both the League and Scottish cup finals gave us planty to celebrate. 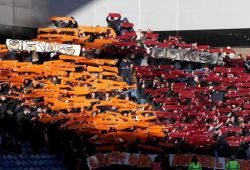 It was a season that started poorly and then went downhill.  A late flourish kept us in the top flight but this campaign will be best forgotten. 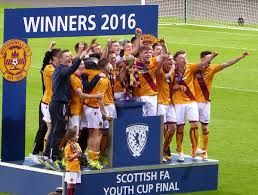 The marvellous escape in the relegation play-off masked the weakness of the squad and Ian Baraclough , employing his belief in competition for every position, wet off on a signing spree. By September he had added a dozen players to the ranks.

Motherwell plunged from second top to second bottom in a season that saw the departure of Stuart McCall and John Boyle, the arrival of Ian Baraclough and Les Hutchison and a scary but successful play-off to ensure Premiership survival.

The season in the in the new SPFL Premiership began with limited expectations. Hopes of matching the previous campaign's second place seemed fanciful given the loss of more than half of our first team regulars. But first we had a trip to Russia.

When pre-season training started in June 2012 our hopes were for a top half finish in the league and an avoidance of embarrassment in the Champions League. By May 2013 we were runners up in the SPL and able to celebrate a hugely successful campaign.

As season 2011/12 got underway few Motherwell fans had expectations of the team setting a new SPL points record and none expected the bonus of Champions League qualification. Here's a review of the first half of the campaign.

Motherwell's season 2010/11 turned out to be one of the most successful in recent years. On the pitch we did well in all four competitions and off it we had a change of manager and said farewell to our chairman.

Pre-season efforts last June moved ahead on two fronts. We had to find a new boss and prepare for the opening of the Europa League in early July. Captain Craigan ran the show while John Boyle scoured the country looking for a manager.

Preparations for what turned out to be our short adventure into the Uefa Cup dominated the build up to season 2008/9 and the early league form suffered as a result. 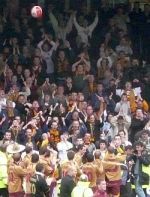 This season definitely started with more of a whimper than a bang. We had our first change of manager in a while and most realistic fans were expecting a tough year. However few would have anticipated the rollercoaster which lay ahead.

This season definitely started with more of a whimper than a bang. We had our first change of manager in a while and most realistic fans were expecting a tough year. However few would have anticipated the rollercoaster which lay ahead. 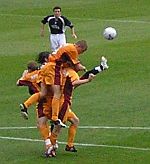 We've been having eventful seasons recently and 2005-6 was no different. Here are the highs, lows and many bits in between!

Season 2004/5 was another successful year for Terry Butcher and the Motherwell team. He'll have a tough job trying to improve even further next time but for the fans it's time to reflect on past efforts of the players.

The records will show that in season 2003/4 we finished in sixth place, just above the halfway mark. But given the difficult circumstances at the club and the general inexperience of the squad it must rate as one of the most successful campaigns for many years. This is the review of the season.

After a remarkable five pre-season wins out of five, there was a large and confident Motherwell support at Livingston on 2 August 2002 to back the team when the real business started.

Season 2001/2002 will never be forgotten by Motherwell fans. It started in July at East End Park but that seems an eternity ago.