The second leg took place in the Kopavogsvollur stadium to the south of Reykjavik.  The prize for the victor was a trip to Norway in the next round.

There were very few travelling supporters and most of them travelled with the team on the charter.  Motherwell fans keen to follow the live action found that an internet stream of the game was available.  It was a tortuous way to spend an evening but a goal just before half time took the pressure off everyone. 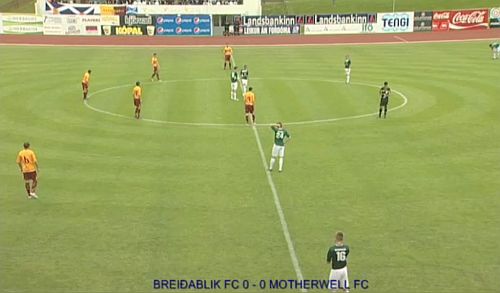 Craig Brown had been consistent in his view that we would score in this away leg and that opportunities would be created when the hosts pushed forward to find the goal they needed, and so it proved.

We set up in 4-5-1 shape with Murphy up top.  Humphrey was benched and Saunders found himself at right back.  There were chances at either end but Humphrey’s clinical finish in the 42nd minute proved to be the only goal of the game.

The away goal meant that Breidablik had to score three and though they made a spirited attempt, we saw out the game for a 2-0 aggregate win. 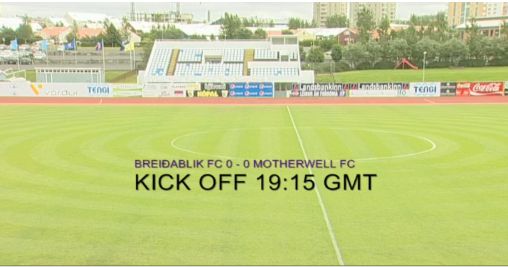 Next up was Aalesunds FK in the 3rd preliminary round and a chance to mix it with the big boys in the Qualifying round.