Motherwell won the Scottish Cup for the first time on 19 April 1952.

The Steelmen had reached their fifth cup final and had yet to lift the precious silverware but their progress to Hampden had prepared them to take on a highly fancied Dundee. 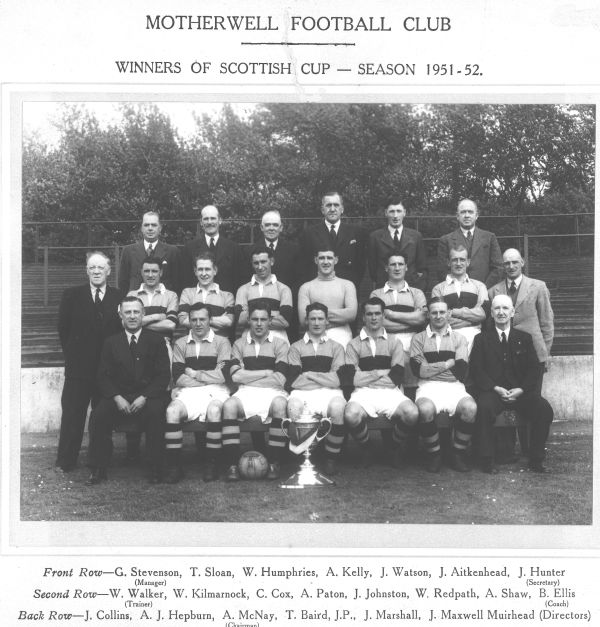 The team had to survive 10 games before Willie Kilmarnock raised the cup.  Each draw sent them on the road and it began with a 4-2 win in Forfar.  Next came a 3-2 win against St Mirren in Paisley before they drew 1-1 with Dunfermline.

The replay at Fir Park went well enough with a 4-0 win. The quarter final meant a clash with Rangers in front of 82,000 supporters.  Almost 36,000 squeezed into Fir Park for the replay and a 2-1 win led us to an epic semi final encounter with Hearts.

Almost a quarter of a million turned up for the three games at Hampden on 29 March, 7 April and 9 April.   The first was a 90 minute 1-1 draw, the second was another 1-1 on this occasion after extra time and, with only one day of rest, the third meeting produced a winner as Motherwell won 3-1. 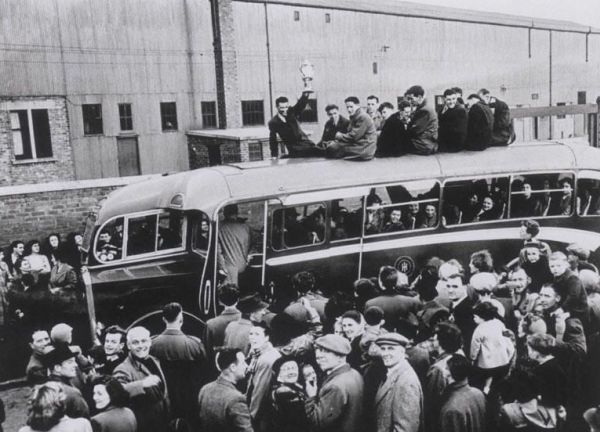 On Saturday 19 April 1952 our long wait was to end with success.  136,274 were packed into Hampden for the final against Dundee.  The SFA reckoned that a match without either of the two Glasgow giants would not need to be all ticket but they were wrong.  The gates were closed 20 minutes before kick-off and a special train from Dundee was turned around to prevent further overcrowding.

It was a wet and windy day and we had to clear a few off the line in the first half but in the second, with the breeze behind, we took control and ran out 4-0 winners thanks to goals from Watson, Redpath, Humphries and Kelly.

The team brought the cup back to Motherwell and delivered to old Sailor Hunter at Fir Park.  Thousands turned out to greet their heroes as the open topped single decker toured the town.