Nadir Ciftci has become Motherwell’s second winter signing adding further firepower to our attack on a loan until the end of the season.  The much travelled striker has been farmed out by Celtic to a number of clubs.

In a move that Sir Humphrey Appleby would have no hesitation in describing as “courageous” , Stephen Robinson is taking a gamble that the out of favour 25 year old can grasp this opportunity to revive his career. 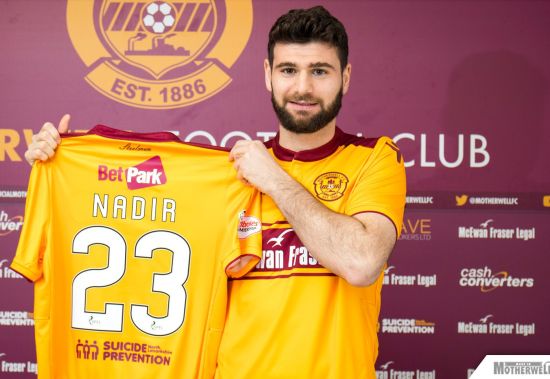 His big money move came in the summer of 2015 when Celtic flooded the coffers of Dundee United with a reported fee of £1.5 million.  He is contracted to the Parkhead side until 2019.

It would not be unfair to say that the Turkish forward’s form has since taken a dive.  In 2014-15 he scored 16 times for United but in the intervening two and a half seasons he has found the net 8 times.  Celtic, then loan spells with Eskisehirspor (Turkey), Pogon Szczecin (Poland) and Plymouth Argyle followed.

With Curtis Main already signed and keen to prove his worth the squad is now top heavy with strikers.  It could be that one or more of Fisher, Bowman, Petravicius and Newell may be moved along.

Ciftci last pulled on his number 9 shirt at the end of November when Derek Adams gave him the last 20 minutes against Portsmouth but his loan spell was terminated.

Time will tell whether the acquisition is mutually beneficial.  If he bangs in a few goals we’ll be happy, if not we’ll question the sanity of the move.