On this day in 1998 Harri Kampman unveiled a host of new signings as he rebuilt the squad for the new season.  He left a few months later.

The Finn was given the job after the departure of Alex McLeish.  During the summer break many well known players parted company with the club.  Arnott, Philiben, Martin, and Coyne were included in the list that also contained Falconer, McSkimming, Garcin, Lindqvist and Hendry. 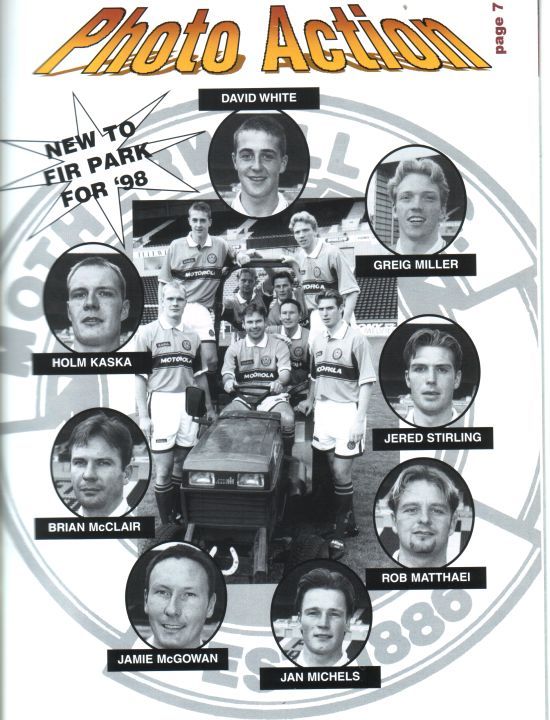 New faces were needed and there was a new look team on the field for the pre-season friendlies at Nairn and Forres.

The team struggled, John Boyle bought the club and by October Kampman's short spell in charge was over.  The Pat Nevin and Billy Davies were given the task of making Motherwell the Third Force in Scottish football.