The continuation of our good form after the international break has every Motherwell fan in a buoyant mood – it has been so long since there was reason for cheer, it is natural to seize whatever chance we get!

But that was exactly what the team has done in the last three matches which, due to the renovation of Tynecastle, were all at Fir Park. Switching that game gave us the ideal opportunity to propel ourselves up the table but the points still had to be earned. 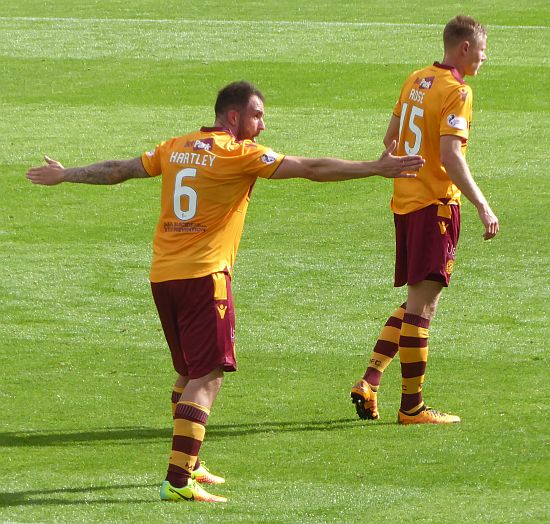 What is both pleasing and at the same time a counter to the euphoria, is that two of the games have been turned by our substitutions. We can perhaps quietly wonder why Stephen Robinson did not pick the right team to begin with but his alterations earned the wins over Ross County and Kilmarnock.

That is a rare skill at our level and one which is likely to prove invaluable.

After a poor first 45 minutes against Ross County the manager called Bowman and Campbell from their half-time kickabout and let them loose for the rest of the game.  Campbell's determination to win the ball turned the balance in midfield and Cadden found some freedom to roam.  Bowman's partnership with Moult began to produce scoring opportunities and we secured our first league win of the season.

Against Hearts we overcame an early loss but were 2-1 ahead at the break.  No first aid was needed and as we left Fir Park our only concern was to hope that our prize assets were not lost during the transfer window.

We faced Kilmarnock after the international break with what the manager suggested could be a stronger squad following the deadline day dealings.  Unfortunately the chemistry in the first half hardly impressed and the professor in the dugout stepped in.   Hammell replaced Dunne at the break and Bigirimana came on for Rose on the hour.  The result was that we overwhelmed the poor Killie side and the 2-0 final score flattered the opposition.

Last season Motherwell managed to post only one solitary pair of consecutive wins.  Now, five games into the campaign, we have a triple.  No wonder ‘Well fans are smiling.