In the absence of any on-field action Motherwell fans had to be content with some good financial news to bring cheer to the weekend.  Step forward Les Hutchison with a tempting double your money offer. 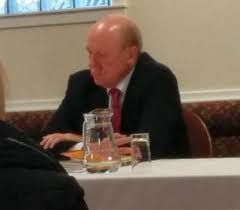 Our former owner paved the way for the Well Society to take control of the club when an agreement was reached to schedule the repayment of around a million pounds.  The deal, concluded in October 2016, allows that loan repayments in the first three years will be made from a percentage of player transfer income only.  That breathing space all but ensures the sustainability of the club.

The latest act of generosity from our philanthropic friend is that he will match the total amount of funds raised by the Society in 2017 with an equivalent reduction in the debt.  There's a cap of £500,000 on the offer.

The Society's last update put members' monthly pledges around £10,000 and this initiative will give tempt many to increase their regular donations.  It should also give a boost to the ongoing membership drive.

For details of the Well Society (and how to become part owner of a football club!) follow the link...www.thewellsociety.co.uk