Louis Moult - farewell and thanks

Motherwell and Preston North End have announced that the transfer of Louis Moult will take place when the winter window opens in January.  Louis served us well and goes with our best wishes.

He joins the Championship side with a three and a half year deal for an undisclosed fee – reports suggest £450K.  He will be available for Preston's Emirates FA Cup tie at Wycombe Wanderers on Saturday 6th January.  Talk of the impending move has increased in recent days but the news will come as a inevitable disappointment to Motherwell fans. 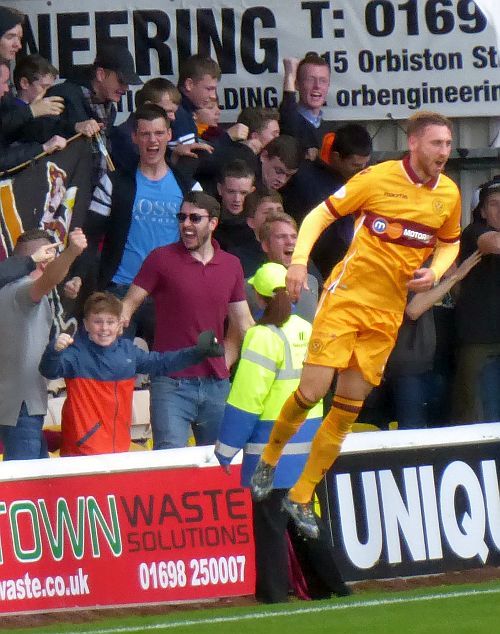 His phenomenal goals scoring record guaranteed respect but he endeared himself with his wholehearted commitment to the club.  He engaged with supporters freely and bought into the fan ownership model.  He will be sadly missed but he will know that we wish him every success at PNE and beyond.

His arrival in the summer of 2015 came under the reign of Ian Baraclough and he soon became a fixture in the team.  He scored 50 goals in claret and amber, the last pair against Aberdeen in November.  Unfortunately he suffered a hamstring pull in the last of the Celtic triple and that ended his on field involvement.

It would be a fitting farewell is he is allowed to take a bow in front of the Fir Park faithful in one of the two remaining home fixtures before the transfer date in January.