Mark O’Hara has signed a deal that will keep him at Fir Park until 2022.

Mark made a loan move to Motherwell in September 2019 and he became a regular in the final stages of the shortened season.  The midfielder, 24, is the fifth addition the ‘Well squad.

The agreement has been brewing for a couple of months. Peterborough United director of football, Barry Fry, said in April that a deal with Motherwell had been agreed in principle. 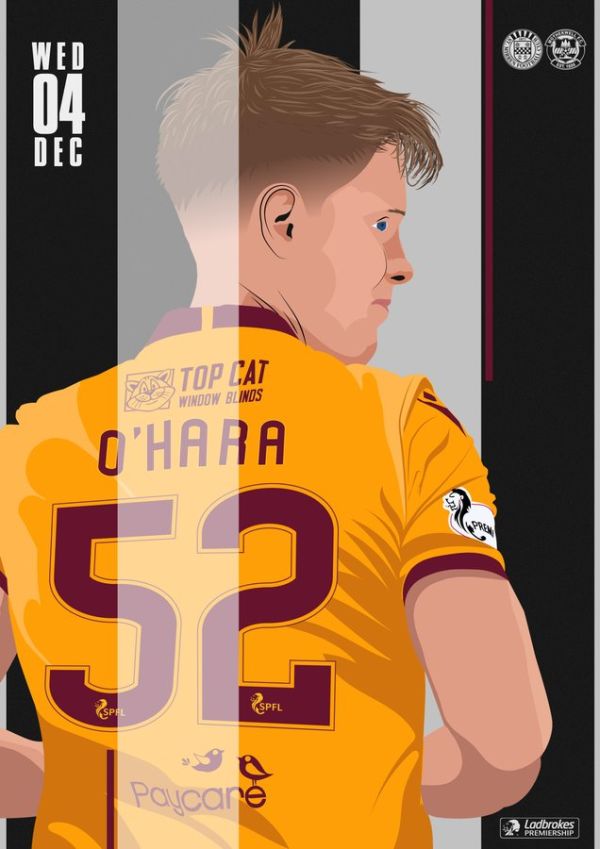 A report in the Peterborough Telegraph quoted Fry, “We have agreed a deal in principle with Motherwell for Mark’s transfer. It’s not a done deal yet because Scottish football is a bit confusing right now, but I expect it to happen.

Time passed with no news until Fry announced last week that a fee had been agreed with St Mirren.  It seems likely that the player weighed up his options before making the right choice.

Mark has made 20 appearances in claret and amber and contributed a couple of goals as he grew into his place in the team.  His return will be welcomed by Motherwell fans.

Mark wore number 52 last season, this tile he’ll appear with the number 7 on his back.