On 10 May 1997 Motherwell secured a vital point to avoid a relegation play-off against Airdrie.  Mitchell van der Gaag became a ‘Well hero.

The big central defender had been signed by Alex McLeish from PSV in March 1995 and he led the team as captain in the last game of the 1996/7 season.  He returned to The Netherlands when he joined Utrecht that summer.

Motherwell had struggled that season and the possibility of relegation cast an ever present threat.  Despite the exceptional 2-0 win at Ibrox in the penultimate game the possibility of a play-off remained.  Motherwell, Hibs and Kilmarnock were all candidates for a do or die affair the following Saturday. 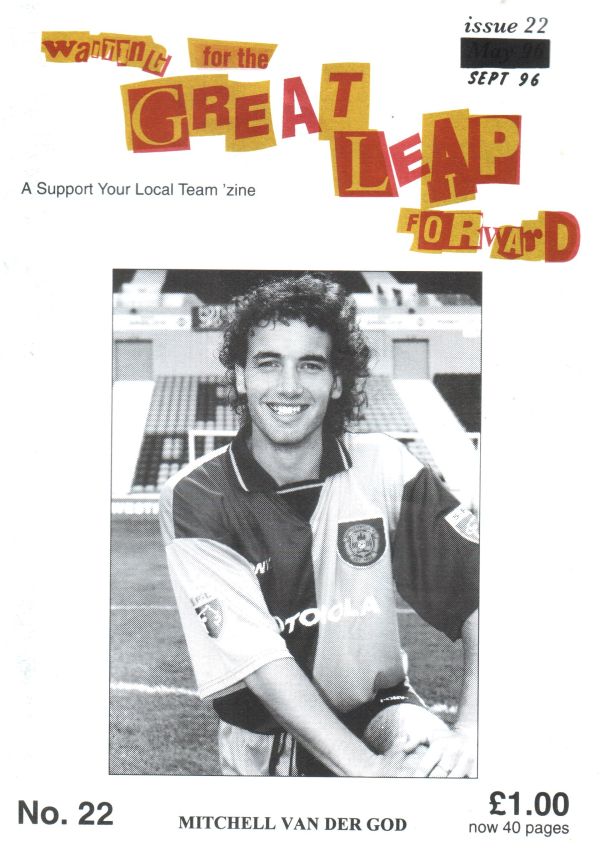 This extract from Graham Barnstaple’s article in Issue 26 of The Great Leap Forward sums up the tension of the afternoon.

“This was the most nerve wracking experience of my football watching life, as we were taking on Dunfermline.  Hibs were at Kirkcaldy and Killie were at home to Aberdeen. Our game was held up by 6/7 minutes to let the crowd in (artificially swelled by a large number of kids getting in free), this meant we would know the results of the other games before ours finished.

This was a roller coaster of a day as first Raith took the lead (before our game started) and Hibs were in the play-off place.  Aberdeen took the lead at the same time as the mighty Mickey Weir was opening the scoring at Fir Park - no bother "lets all laugh at Hibees!!”. Then Hibs have equalised, so have Dunfermline but it’s okay Killie are in the play-offs now, half time gives us a chance to work out the permutations for the rest of the afternoon. It was agreed the next goal was crucial at all of the games, to keep the suspense going Motherwell make sure its Dunfermline at Fir Park, then Killie equalise - Aw F**k it’s Airdrie at Fir Park next Saturday. With about 15 minutes to go we are awarded a soft free kick about 25 yards out, Van Der Gaag is lining up to take it, we all immediately remember his last one which nearly removed the Stand roof at Rugby Park. This time he hits one like a tracer bullet straight into the top corner, it’s time to laugh at those Hibees again.

With 6 minutes to go we know the other games are finished and that a draw is good enough. This is when McLeish shows he has learned something about management, and makes one substitution last about three of the six minutes as he withdraws Coyne who is about as far from the dug outs as you can possibly get. With Tommy's pace these days even at full pelt this would have taken him over a minute. When the final whistle went we had a mini pitch invasion followed by a lap of "honour” when the pitch was cleared. This was difficult to join in with as I have always mocked other clubs fans who celebrated merely surviving in the Premier League, but what the hell “we're staying up, ‘Well are staying up!!!”