Motherwell added a sixth new player to the ranks for the new campaign with the announcement heralding the arrival of 24 year old forward Christopher Long.

He will join the club when his contract with Blackpool ends this month.

Stephen Robinson describes him as a player with pace to burn with an incredible work rate and the ability to work anywhere across the front three.  He has a one year deal. 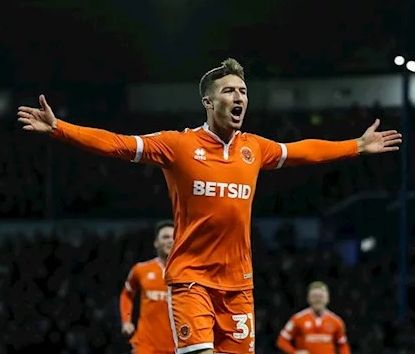 He has played for a number of teams in the north of England, most notably at Burnley.  Most recently he moved from Fleetwood Town to Blackpool.  He has represented England at all levels from U16 to U20.

He will join Declan Gallagher and Jake Carroll (defenders), Liam Polworth, and Casper Sloth (midfielders) and Jermaine Hylton (forward) as new boys at Fir Park.  We now have more than half a team of fresh faces in the refreshed squad.

Alan Burrows tweated, "We’re still looking to add more strikers and wingers to the group, so stay tuned. The next one won’t be too far behind.."

Fevered speculation continues to surround the future of David Turnbull.  It seems that a £2M bid has been declined but it is likely that the suitors will be back.