The long held aim of many fans has been to have the fate of the club under the control of its fans.  Despite the generous stewardship of individual owners in the past there is a belief that the interests of a community based club are best served if the community itself becomes the owner.

Thanks to the generosity of John Boyle and then the helping hand offered by Les Hutchison the Well Society has been able to conclude long negotiations on terms that will not overburden the club with loan repayments.  The debt will be paid from a percentage of transfer income. 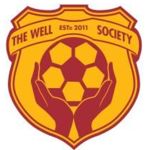 The responsibilty for the welfare of the club now rests with our fans and the wider community.  Membership of the Society and the monthly direct debits remain vital - join up here (www.thewellsociety.co.uk/pledge).

The club and Society released the news on Friday afternoon in an email to members on the official site with the following message....

We can today confirm that negotiations have been successfully concluded to purchase Les Hutchison’s majority shareholding and that Motherwell FC has now transferred into fan ownership.

You will recall back in January of 2015, after fourteen years, John Boyle sold his majority shareholding in the club to Les Hutchison for £1 (as a guarantor) to instigate the transition to fan ownership.

At the recent Well Society Annual General Meeting and subsequent Q&A session, the Society Board reported that they would only agree to terms and conditions that would allow them to take ownership and at the same time maintain the sustainability of the club.

The basis of the now signed agreement is that the Society would purchase Les Hutchison’s 76% shareholding for the £1 he purchased it for, and the club will be responsible for repaying any outstanding money.

An important element in the agreement is that loan repayments for the first three years will be made from a percentage of player transfer income only.

This means that the club will not be burdened with loan repayments from regular income during this period, but will still benefit from player transfers by receiving a percentage of transfer fee income.   After the initial three year period, outstanding loans will be repaid on a fixed payment schedule.  All of these factors protect the financial security of the club.

Our ongoing responsibility as fans, through the Well Society, will be to generate additional income for the running of the football club through monthly direct debit payments of £10 or more. The income generated by our fans via the Well Society will be crucial to our financial stability over the coming years.

The day-to-day operation of the club will remain in the hands of our Chief Operating Officer, Alan Burrows.

As you may expect, there will be changes to the governance structure. A new Supervisory Board will be formed comprising initially the current members of the Well Society Board, with additional members to be appointed in due course.

Mr Ian Reid and Mr Peter Kellie have stood down from their positions as Directors to facilitate these changes and everyone at both the club and the Society wish to place on record our thanks and appreciate to them for their service.

For several months the Well Society Board has been working on measures to ensure that when fan-ownership is achieved, we would have the right mechanisms in place for fans’ views to be heard and represented. Further announcements will be made on this in the very near future.

The Well Society Board will be consulting with you on a set of values that we believe will make sure that the entire organisation builds on oursuccess on the field and in the community, and does so with a culture and tone of respect for all, and a striving for excellence at every level.

The current board members of the Well Society, who have been involved in all aspects of the process, Doug Inglis, Maureen Kirkwood, Markus Schieren and Gavin Whitefield, would like to put on record special thanks to our Joint Chairs, Douglas Dickie and Tom Feely, who fronted the negotiations for the Society, and sincere appreciation to Jim McMahon, a Well Society member and a long-time  member of the MFC Board, who has given invaluable advice throughout. We also acknowledge the work of past Well Society Board Members including Brian McCafferty and Robert Montgomery.

The Society wish to acknowledge and to thank Mr Les Hutchison for his valuable input to the club in terms of financial support and business experience, and for assisting in our drive towards fan ownership.

They would also like to thank Mr John Boyle for his huge service over the years as majority shareholder and continuing support and assistance in concluding this successful transfer agreement.

And finally, to the loyal, dedicated, passionate Motherwell supporters, withoutwhom, none of this would have happened.

Jim McMahon, Motherwell Football Club Chairman and a founder member of the Society commented: “The last two years have been dramatic and challenging for the club.

“Having triumphed in the play offs we all hoped that the next period would be more settled and allow us to move gradually to fan ownership over the five year timescale envisaged.

“Instead the opportunity arose almost immediately and it is a credit to the Well Society that they have been able to deal with the abrupt change. I agreed to act as Chairman during that transition and it is an honour to serve the club that I have supported all my life.

“I appreciate there have been different views expressed in meetings, online and on social media about the validity of fan ownership, but it is now up to us to make this work – for our part, we will aim to become more open, change thegovernance structure and listen to all and any ways to help. This is a realchance to do something special”

Douglas Dickie, Well Society Joint Chair, said, “Our aim of fan-ownership has been, at times, a challenging road, but it has been achieved by a great amount of effort by Well Society members, fans and volunteers.

“It has also been made possible by a number of people who have given their expertise and commitment over a period of time to reach a satisfactory conclusion to our goal. We are now entering a new phase in our history.

“Fan ownership has responsibilities and we all need to realise that continued and growing financial support from all fans will be required. Together we can maintain, strengthen and be proud of the qualities and values of this great community club. The future is what we make it!”