With the SPFL EGM vote now complete Motherwell chairman, Jim McMahon, has revealed the thinking that guided the club to vote no to the proposal for an independent investigation. 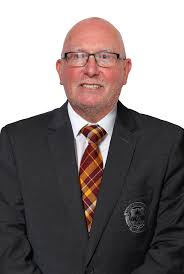 It was not until last weekend that the board came to a conclusion as members reviewed the accompanying documentation.  The decision was that the evidence did not “meet the high threshold required to merit an independent review”.

It was felt that the earlier decision taken by the SPFL board to “call” the leagues below the Premiership and to take powers to end the top league in due course has proven to be correct.

“There are now no credible voices still arguing that the 2019/20 season can be completed.

The chairman went on to suggest surprise at the time and effort devoted to this topic at a time when Scottish football faces an existential crisis.

He ended with a plea that the public fighting should end and that clubs should come together to try to get the best possible outcome.