The six year sponsorship that was to culminate in the car dealership’s name featuring on the shirts of the 1991 Scottish Cup winners and began as Motherwell played Airdrie at Fir Park on Saturday 8 December 1984.

The initial agreement was for a two year period and announced in that day’s match day programme as follows:-

“Motherwell Football Club are extremely pleased to announce that Scottish Motor Dealer, Ian Skelly, who has been a life long ‘Well supporter, has contracted to provide sponsorship for Motherwell over a two year period.

The sponsorship package will consist of the players wearing shirts , bearing the firm’s name.

The new strip will be worn by the players for the very first time today for our Lanarkshire Derby match against Airdrie.” 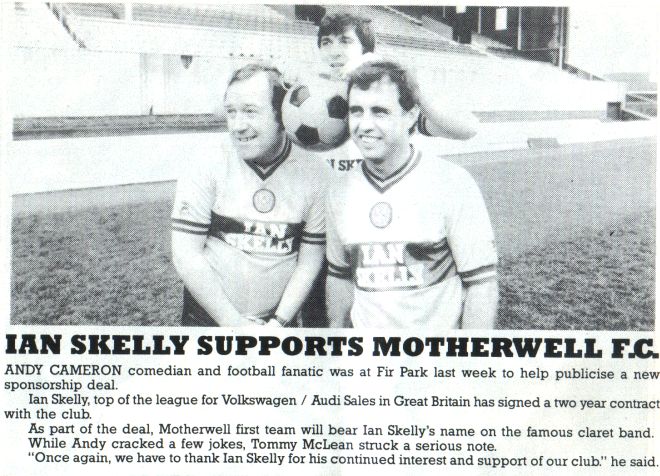