Motherwell start pre-season with a loss in Belfast

Motherwell started their pre-season games with a defeat to Crusaders in Belfast.  Twenty one ‘Well players were given a run but they were unable to reply to the loss of a first half goal and the match ended with a 1-0 home win.

The game was streamed on Facebook by Crusaders and that enable more than the few hundred in the ground to follow the action.   The low sun cast long shadows across Seaview Stadium and the pace of play was suited to a relaxed summer evening. 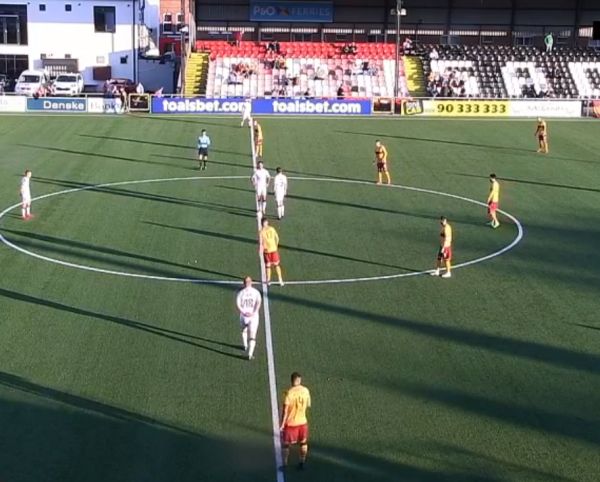 There was a welcome return for Trevor Carson in goal and he was joined by three of our new boys in the starting line-up.  As is the norm in these early warm-up games there was a wholesale change of personnel in the second half.

The first period produced few scoring chances but we managed to concede after 25 minutes.  A routine cross from the left floated into our box and a lack of sharpness in defence offered a chance to Rory Hale.  He had time to scoop the ball high into Carson’s net.

Our best effort before the break fell to Danny Johnson.  His turn and shot inside the box had the home ‘keeper at full stretch to deny the equaliser after 35 minutes.  Crusaders followed that up with a free kick that rattled our bar.

With all ten outfield players replaced we took control of the second half.  Almost all the play was in front of the home goal as we probed without success to get the ball through the ranks of white shirted defenders

A chance came when Jermaine Hylton’s neat work on left set up Jake Carroll with a sight on goal but a defensive deflection ended the move.

Next up is Linfield on Saturday.