Motherwell overcame decades of heartbreak to knock Rangers out of the cup with a 2-0 win at Hampden to earn a return against Celtic at the end of November.

We were fortunate not to concede in the first half but a renewed effort in the second, led by our marvellous talisman Louis Moult, turned the game.  The second of Moult's brace will long be remembered - a 22 yard first time lob - that Roy of the Rovers would be proud to claim. 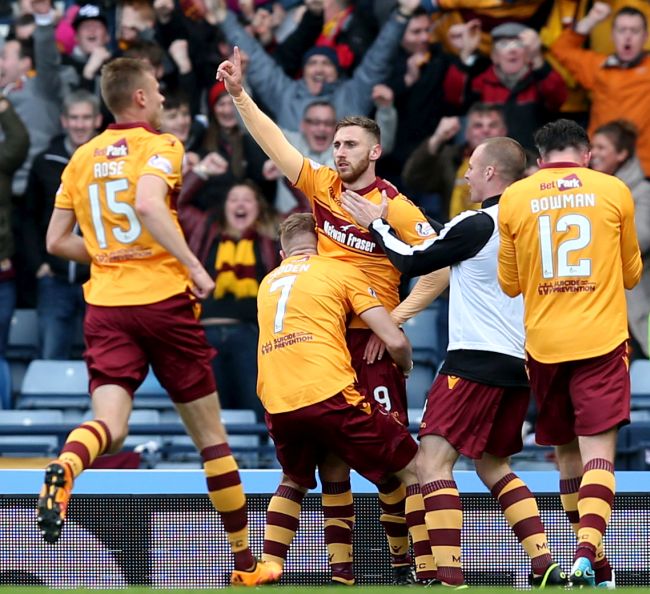 Stephen Robinson had to watch most of the second half from the back of the stand following a technical area spat when his opposite number lost the plot but he started the game with the same eleven that had seen off Hamilton a week earlier.

Few forecast the reversal in fortune that was to come after the break.  The evidence suggested that Rangers would score the first goal as we looked nervous, uncomfortable and out of the normal rhythm.  Kipré seemed lost in the wide acres and was unable to judge the flight of the ball.  Carson saved his blushes on more than one occasion.

Windass should have opened the scoring after half an hour but we survived.  Our defence was forced into a series of last gasp clearances as crossed poured in from either wing.

As luck would have it our first chance fell to Kipré following a Cadden corner.  Only a clearance from Jack on the line kept the ball out. 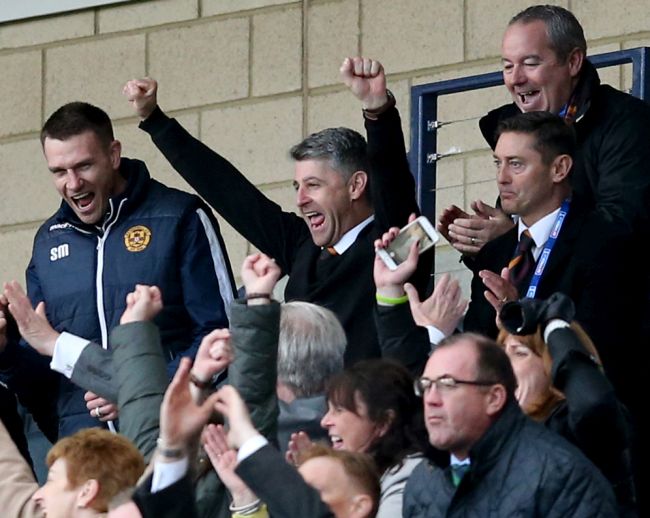 Maybe it was the realisation that we could only get better that spurred us on as the second half got underway.  Carson did well to hold a Pena shot and we soon had a corner at the other end.  Hartley headed against the bar but the ball rebounded back into the crowded six yard box.  It fell to Moult.  He had two bites and slammed the ball high into the net.  Suddenly we were in the game.

The second goal came with 74 minutes on the clock.  Dunne pushed the ball forward for Moult to chase and with the 'keeper well off his line our hero's first touch was an inspired lob that rose high before it settled into the net.  The goal was at the Motherwell end and players and fans went wild.  The stuffing was knocked out of the Rangers side and they resorted to petulant fouling to vent their frustration.

Lasley was our man in the technical area when the final whistle blew and his joy was echoed by 'Well fans as the celebrations began.

We can enjoy the night but a game in Dundee on Wednesday will be the focus of the team.