Motherwell will welcome Aberdeen to Fir Park on Wednesday for the fourth meeting this season.  With two wins over the Dons already banked, Robinson’s men should line up confident of a positive result.

The visitors arrive with the burden of losses to Hibs and Celtic fresh in mind and the prospect of a third consecutive defeat a real possibility.  Motherwell have won three of the last four outings and will still be smiling at thoughts of the smash and grab triumph at Dens Park. 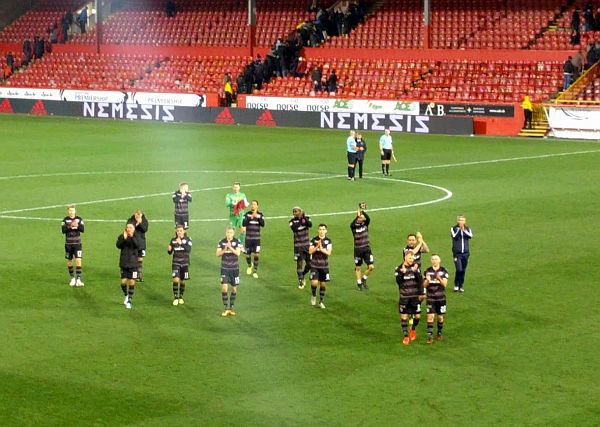 Enjoying a 2-0 win at Pittodrie

Saturday’s game generated much praise from Stephen Robinson for the “resilience, organisation and character” shown by his players.  Those traits will be needed if we are to secure three points on Wednesday but in addition to a brave defence we will need to show more attacking flair.

Our success against Aberdeen came before the winter break changes in personnel and this game gives an opportunity for Ciftci, Main and Tanner to cement their places in an improving team.

Aberdeen will have Shinnie free of suspension while Cogrove’s red card on Sunday will keep him off the pitch.  Ryan Christie’s loan agreement with Celtic gave him a free weekend and he will be available.  Rooney may be on from the start rather than the bench for this chilly encounter.

There has been only one draw between the teams in the last four seasons (13 meetings).  Maybe it’s time for another , 1-1.