Next up - Aberdeen on Sunday

Motherwell and Aberdeen will rejoin battle at Fir Park for Sunday’s lunchtime meeting.  The ‘Well won the prize of a Betfred Semi-final place on Thursday. This time the victors will gain three league points.

Stephen Robinson will have had to ensure that his players have their feet back on the ground following their terrific display in the cup tie.  Tempering justified celebrations with the harsh reality of league business is critical if the team are to be prepared for Sunday’s test. 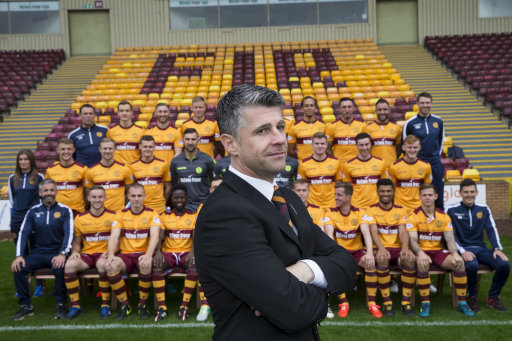 The praise heaped on Motherwell’s performance has not been seen for years and the home support will hope to see standards maintained for the second meeting with the Dons in four days.

Any change to the starting eleven will be made reluctantly although Dunne may be preferred to Hammell depending on the senior player’s recovery from the cup exertions.  Rose was seen massaging his hamstring area when he was substituted in the second half but otherwise we sustained no apparent injuries.

The defeat offered Aberdeen a period of contemplation about their current form.  There was no attempt to fabricate excuses for the 3-0 loss and their captain summed up up saying, “When so many of you have an off-day you know it will turn out like that and that’s what happened. Motherwell wanted it more than us. You hope that is never the case but it was and that’s what makes it so frustrating.  If anyone is left out of the next game nobody can complain about it because, all over the pitch, Motherwell were better than us.”

We can expect a change of personnel and a change in attitude from the team that wore the unusual blue away strip but confidence is high in the home camp and a 2-2 draw might keep both camps happy.