Next up - Aberdeen on Wednesday

Motherwell face two tough away tests this week with the first at Pittodrie on Wednesday.  Assuming the Aberdeen floodlights stand the test we could be in for a long night. 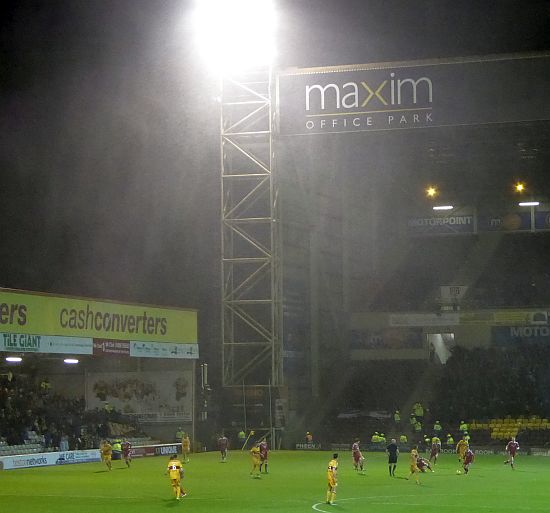 McDonald will complete his two match ban and McHugh will start his.  Both men would have been automatic picks but Mark McGhee will have to shape his team without them.  On our last outing Ainsworth was given the task of supporting Moult but the lack of chemistry was apparent.  Blyth has now a full game at U20 level under his belt and if he suffered no ill effect there may well be a place for him on Wednesday.

Starting with their win at Fir Park in December, Aberdeen have been on an impressive run.  Seven wins and a 1-0 loss to Celtic has them in second place in the league table and still with an interest in the cup.  McGinn, Rooney and Hayes share almost 20 goals already with the rest of the team matching their haul.

Shinnie is suspended on Wednesday so there will be at least one change from what has been a stable Aberdeen starting eleven in recent games.

Any point gained at Pittodrie is prized but the odds must favour another home win.  We’ll travel in hope but likely return with a 3-0 loss.