Annan Athletic will play their first match at Fir Park when they travel north to complete the group stage of the Betfred Cup.  The visitors are without a win while Motherwell have yet to drop a point.  A home win must be expected. 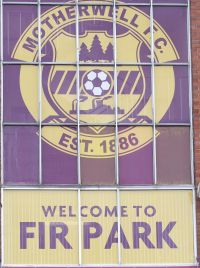 The Galabankies managed to draw 3-3 with Queen of the South but their other Group E fixtures resulted in defeats to Morton (5-0) and to Dumbarton (1-0).  They are at the bottom of our mini-table.

The League Two side finished a creditable fourth in last season’s campaign. They then defeated Stenhousemuir in the first playoff round before losing to Clyde.  Annan’s team will not be familiar to ‘Well fans although most will recognise Christian Nade if he starts the game.

Stephen Robinson has used both pre-season friendlies and the opening Betfred ties to spread game time throughout his squad and we can expect more changes to his opening eleven on Saturday.

He will have in mind that the Premiership season begins at the end of next week as he seeks the best use of his assets.

The recognition given to Allan Campbell by the award of a revised contract is fair reward for his excellent contribution in our midfield.  He will receive a warm welcome from the home stands as he takes his place.

The target of a maximum twelve point return from the four group games is well within reach and there is the bonus that we may achieve that without the loss of a goal.  A 3-0 win will keep the smiles at Fir Park.