Motherwell will make the short journey to the east end of Glasgow on Sunday buoyed by the happy run of results that has them pushing for a place in the top half of the table.  Celtic will offer a tough test.

The sides met twice in December.  Thanks to a late Danny Johnson goal the points were shared at Fir Park before the home side cruised to a 3-0 win at Parkhead.   No team makes Celtic Park a happy hunting ground; Motherwell last won there in 2015 when a Louis Moult double won the match. 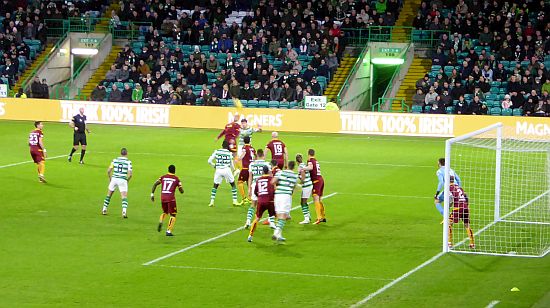 That poor record will mean little to the team that has found a winning formula.  Stephen Robinson has put his faith in a mix sprinkled with a number of home grown talents and has reaped a bountiful reward.  Six league wins on the bounce with a regular starting eleven has removed the spectre of a bottom of the able scramble and now has the club looking ahead.

Celtic, newly returned from the exertions of a Europa League tie in Valencia, have the comfort of a large squad and we can be assured that they will not suffer any loss of potency because of the Thursday night match.

Our hosts have matched Motherwell’s six-in-a-row achievement are favourites to extend the run.  An away win can be backed at up to 19/1, odds that are sure to tempt a few of the claret and amber persuasion.

This group of players have earned the right to test themselves in the big arena and they should take to the pitch with no fear.  Home advantage will play its part but we may surprise a few by coming away with a point to keep the unbeated run alive, 1-1.