Motherwell host Celtic for the first home league match of the season at noon on Saturday.  The visitors may be clear favourites but the record shows the last three meetings at Fir Park have resulted in a share of the points.

The ‘Well opened their account with a point against Livingston last week but there was a sting in the tail as Jake Carroll fell foul of the Compliance Officer’s scrutiny and suffered a retrospective red card.  The left back has impressed in the early season games and the forced change to the back four will not be welcomed by Stephen Robinson. 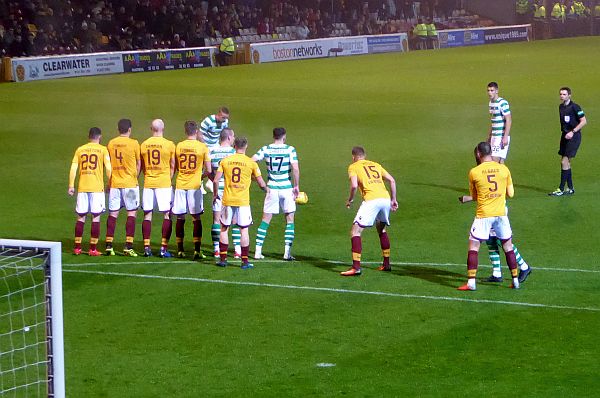 Defensive strength has been a feature of Motherwell’s new look team.  The run of five clean sheets will be severely tested against the Celtic side that scored seven against St Johnstone.

Our forwards created few scoring chances last Saturday and if we are to take anything this weekend they will have to be at their best.  There is enough pace in the team to cause our opponents some discomfort, especially on the break.

Celtic returned from Cluj on Thursday after a hard fought draw.  They have the second leg on Tuesday.  Any thought that Neil Lennon will see the game at Fir Park as a distraction can be dismissed.  The Celtic squad has enough quality players to cope with three games in a week.

Stephen Robinson will insist that his players take to the field with attack in mind but past experience shows that we will have to repel waves of pressure from the visitors.  We will offer stiff resistance but a loss is likely, 1-3.