Motherwell face fellow struggles Dundee at Fir Park on Saturday for the first of the post-split fixtures. Three points would make a huge contribution to the survival of both teams and fans can be assured of a fiery encounter.

Motherwell have a two point advantage over eleventh placed Dundee but that will count for little. This will be the third visit from the Dark Blues this campaign and they will see our patch as a happy hunting ground. Memories of their 5-1 win in February and the subsequent sacking of Mark McGhee are a sad reminder of our poor form since the turn of the year. 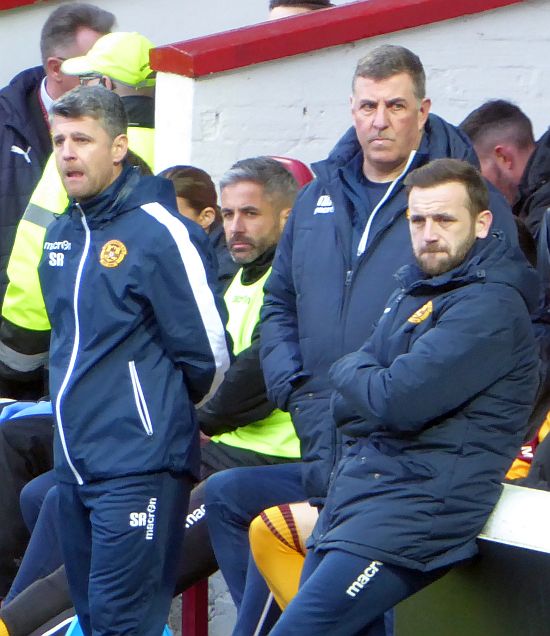 Dundee have also taken the decision to change leaders in the hope of changing fortunes. After seven straight losses Paul Hartley was sent packing and to the surprise of most Neil McCann was given a first managerial appointment. We won't complain if the tradional new manager bounce is delayed a while.

The opposition will have to make a change in defence with the suspension of regular right back Cammy Kerr. It may be that Hateley could return to fill the gap. Ojamaa is another former 'Well player who will hope to make an appearance; it was fitting that the Fir Park crowd applauded when he came off the bench in our last game against Dundee.

Neither team was involved in last weekend's cup games and apart fron long term injuries Motherwell should be close to full strength. Louis Moult was one of the four goal scorers as we dispatched Inverness last week and he should be back to peak fitness. Young Campbell will be hoping that his goal and overall contribution last outing keeps him in the manager's mind but with Lasley available following his suspension a place on the bench seems likely.

The stakes are high but those two precious points tip the balance in Motherwell's favour. A defeat for Dundee would see them trapped in the bottom two. They are under the greater pressure and we can add to their discomfort with a 2-1 home win.