Next up - Edinburgh City

Motherwell will travel to the capital on Tuesday to play Edinburgh City in the group stage of the Betfred cup.  ‘Well ground hoppers can add another venue to the list.

It will be the first top team fixture between the teams; our U20s played them at Fir Park in August 2016 in the Irn-Bru cup a few weeks after they had been promoted from the Lowland League. 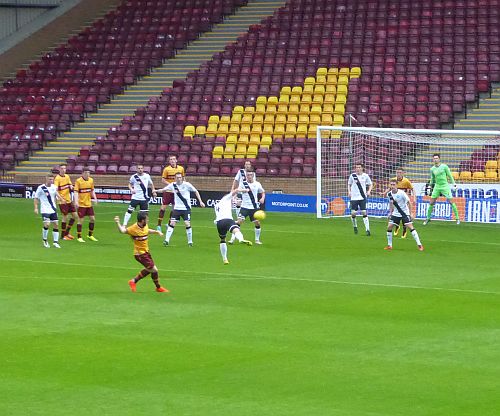 They survived their first season in SPFL League 2 and finished in a creditable 7th place.  Redevelopment of Meadowbank Stadium resulted in an agreement to ground share with Spartans and Motherwell fans will travel to Ainslie Park for this third game in Group F.

City drew with Berwick Rangers before taking the penalty shootout bonus point in their first tie then they lost to Queen’s Park in their first visit to Hampden.  On familiar face in their line up is Craig Beattie.  The 33 year old now has a player/coach role.  He played an hour at Berwick and was on the bench against the Spiders.

A win will confirm Motherwell as the winners of the group and anything less would be a major disappointment.  Early signs are that Robinson’s squad look promising.  With nine imports some latitude can be extended but there has been a pleasing flow to the team as it builds to full match sharpness.

With nine goals already bagged from two outings the travelling support will expect a healthy margin to see us into the knockout stage.  4-0 would not be a surprise.