Motherwell will take the short trip across the Clyde on Saturday to face Hamilton Accies for the fourth league meeting of the campaign.  Bragging rights are the prize for the visitors while survival is the object of the hosts.

Stephen Robinson has the luxury of five pressure free games before the end of the season.  Although preparations for next year will be of increasing importance he will be well aware of the benefits of finishing in seventh place.  And a win against our neighbours would be the perfect start to the post-split sprint. 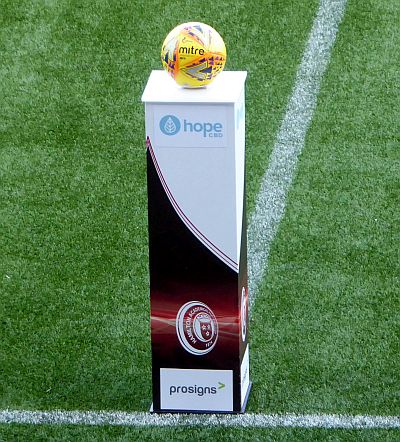 We have the advantage in previous meetings with two wins and a loss, the latest being a 3-0 triumph at Fir Park last month.  Two goals from David Turnbull and one from Jake Hastie were enough to take the honours.

The temptation to introduce more young players will be balanced by a reluctance to break up the settled and successful eleven that delivered safety with the fine run of form since the turn of the year.  Will Jamie Semple get some first team experience?

Brian Rice took charge of the Accies in January and he can point to three wins in his favour.  St Johnstone, Aberdeen and Hearts fell but losses still dominate.  His team are well known for their ability to escape the drop and we can expect a scrap.

The bookies have Motherwell listed a clear favourites and there seems no reason to argue with that view.  More gloom for the Accies when the points head to Fir Park with a 2-0 win.