Motherwell and Hearts meet in the second round of the Betfred Cup on Friday evening.  The Fir Park side will hope that home advantage will help to reverse the result of last season’s quarter final at Tynecastle.

Craig Levein’s team have started the season in poor form.  They struggled through the League Cup group stage and missed out on a seeded place in the second round draw.  An opening day league loss at Pittodrie was followed by a goalless draw against Ross County at the weekend.  The inhabitants of Gorgie Road are not happy. 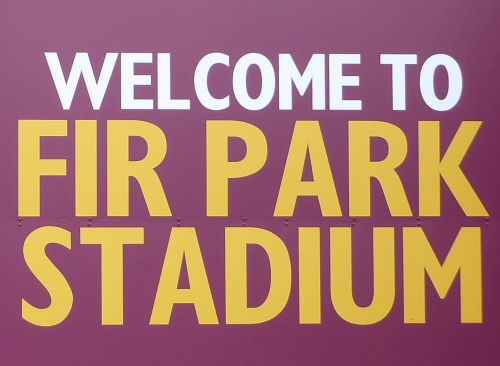 Their gloom deepened with the withdrawal of Steven Naismith at half-time on Saturday.  A tight hamstring suggests that he may be doubtful for Friday’s cup tie.  Hearts’ attack is likely to be led by the imposing figure of Uche Ikpeazu.  He will be the target for the long ball game.

Although the match will be live on television the sensible pricing structure (£15/£10/£5) should encourage a decent crowd to attend.  Home fans have a fond memory of Carl McHugh’s 86th minute blockbuster in the last knockout pairing between the teams at Fir Park and it may be that Liam Donnelly can supply the firepower this time.

Motherwell can only match the Jam Tart’s solitary league point after the opening rounds but the chance to bounce back after the heavy loss to Celtic will be relished in the home dressing room.

Saturday’s performance combined an excellent half hour of pressing and attacking football together with an error strewn second half when weary legs took a beating.

Jake Carroll will complete his suspension on Friday but Steven Robinson may try another permutation to stiffen up the back four.  Might there be a return for Peter Hartley in the centre?

Now that the group stage is complete the possibility of extra-time returns.  That may be the likely outcome after a 1-1 stalemate.

Remember the last visit by Hearts?