Next up - Huge game v Inverness

Inverness come to Fir Park on Saturday for what Stephen Robinson described as a huge game.  As we round off the pre-split fixtures every point is precious.

There was no equivocation, no attempt to underplay the importance of the fixture when the Motherwell manager was asked for his thoughts at Thursday’s press briefing.  “Huge , huge, huge game.  There’s no bones about it, it’s a massive game.”  And he has impressed that on the players. 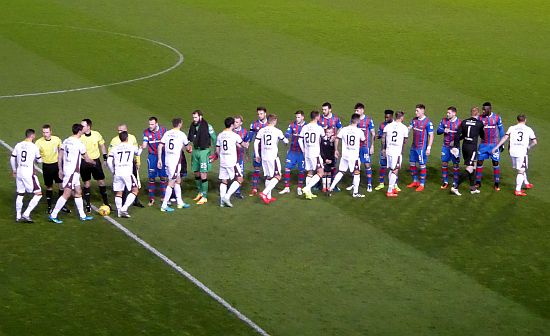 If Louis Moult has no reaction following his return to training he will be in the team.  That alone will give the team and supporters a boost.  Some good news would provide a welcome boost after last week’s poor showing at Firhill.  Our last win came in early March at Rugby Park and since then we have taken only two points from five attempts.  No surprise then to see us in the play-off position.

Lasley will not be available to inject the drive and determination that lifted us for last week’s second half as he has a one match suspension to serve.  Tait will be given every chance to prove his fitness but in his absence we may persist with the 3-4-3 shape that has produced mixed results.

Our old boy Foran will have to make some changes following the award of two red cards, Cole and Warren the offenders.  Their option will be further limited by sizeable injury list but we can expect to face eleven players fighting for survival.

ICT issued a statement following a “routine board meeting” that, in effect, gave the manager a stay of execution and referred to the importance of their game at Fir Park.

A home win is long overdue and with the backing of a vociferous crowd we should be able to stop the rot and grab a vital three points before the split, 2-0.