Motherwell will entertain Morton at Fir Park on Friday evening as the group stage of the Betfred Cup continues.  Home fans will get a first look at the reconstructed ‘Well side and a chance to welcome back a few old boys.

Both team won their opening ties; Motherwell had a 3-0 victory over Queen of the South while Morton enjoyed a 6-1 romp at the expense of Dumbarton.  Friday’s winners will top the group and be in prime position for one of the seeded places in the knockout round. 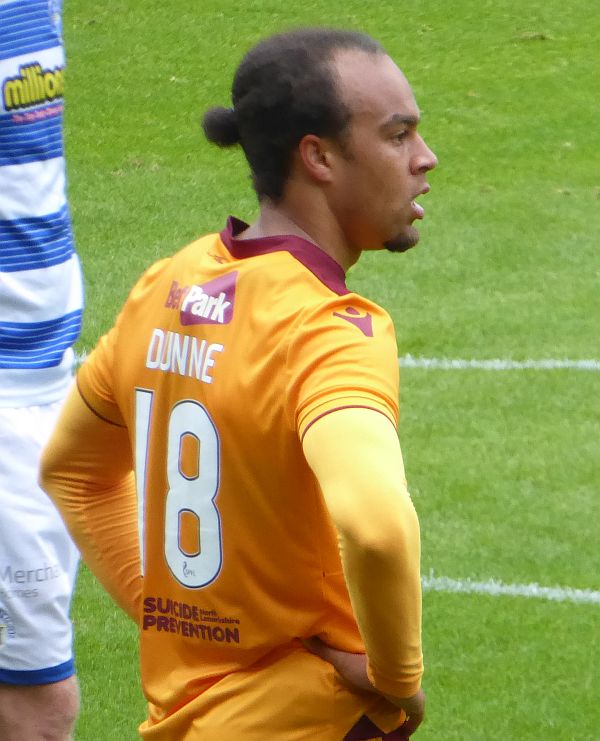 Charles Dunne against Morton in July 2017

Liam Polworth will be available now that he is clear of suspension but Chris Long will miss out as he completes recovery from the blow to his face that arrived early in the match in Dumfries.

Stephen Robinson was particularly pleased with his team’s performance in the second half of the opening game and he will be expecting his charges to start with the same tempo.

David Hopkin has a squad containing several of our former players.  John Sutton is Morton’s Development Coach but he is also registered on the playing staff and he was on the score-sheet in Tuesday’s match.  Bob McHugh and Brian McLean were familiar faces at Fir Park earlier in their careers.  We may hear a few old player chants resurrected on this occasion.

Our old stadium will present a fine picture for the BT Sport cameras.  A repeat of the result when Morton last visited, a 4-0 home win in the League Cup in July 2017, would put us in charge of the group but we may have to settle for a 3-1 margin this time.

Remember the last visit of Morton?