Next up - Motherwell at Tannadice

Motherwell take to the road on Saturday hoping for a return to winning ways against Dundee United.

Last weekend saw the Tannadice team produce an excellent 3-0 win at Easter Road, a result that must have come as a pleasant surprise to even the most ardent fan of the Tangerines.  Goals from Nicky Clark, Ryan Edwards and Kieran Freeman crushed Hibs and moved United up to third place. 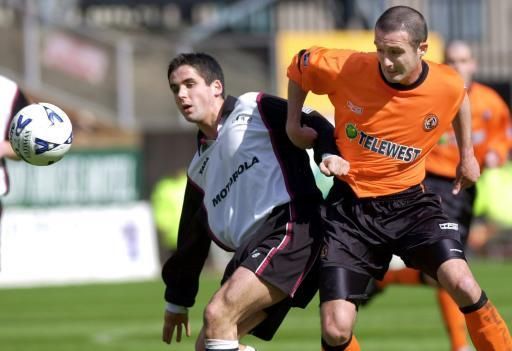 That trio of goals lifted their league total to eight after nine games.  They are pretty mean in defence as evidenced by their six clean sheets.  United are aiming for a third consecutive win while Motherwell are attempting to avoid a third defeat on the spin.

Last season's four meetings showed that there was little between the teams.  In front of empty stands there was a one goal win apiece at Fir Park and two draws at Tannadice.  The last of those, the penultimate fixture of the campaign, produced four goals when Chris Long and Devante Cole scored to nullify the home side's early pair.

Graham Alexander gave a start to Jordan Roberts ahead of Kevin Van Veen for the game against Celtic but that may be reversed to restore the Dutch striker’s partnership with Kaiyne Woolery and Tony Watt.  Sol Johansen is likely to be available and the manager will have to make a decision about the deployment of his central defenders.  Bevis Mugabi and Juhanui Ojala may have company.

Sean Goss was given a first start in midfield at the weekend.  Will he retain his place over Mark O'Hara?

Another tight encounter is likely but Motherwell have a knack of nicking the spoils at Tannadice.  A late winner from KVV may deliver a 1-0 away win.

Remember the meeting at Tannadice?