Next up - Partick Thistle

Both teams took a point from the midweek games but they delivered different outcomes.  Thistle’s point at Parkhead almost sealed their top six place while Motherwell’s draw with Hamilton was enough to keep us just above the play-off place.

Our hosts are on a fine run having lost only one of their last nine outings and compliments are starting to flow in as they look like securing their highest place finish in the top league for a generation. 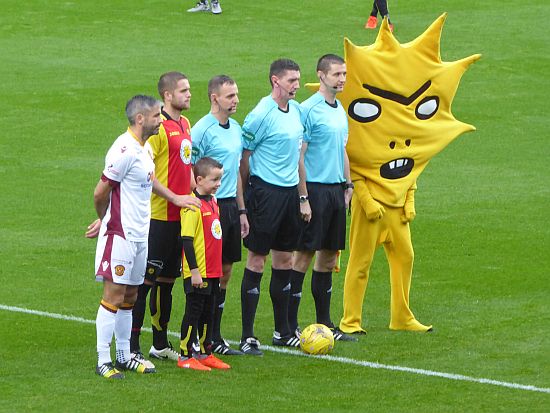 Their cause has been aided by the 11 goals scored by Doolan and he will be a key man for our defence to mark.  Both teams have scored 34 goals in the league but the defensive statistics make it clear why they are ahead of us.  While they have conceded 36 we have the poorest goals against total of 58.  It is clear why Stephen Robinson made much of Wednesday’s clean sheet.

Our new manager has shown an ability to make changes in team selection and formation both in planning and during the course of the game.  We have used the 3-4-3 shape in the last couple of games and with Tait apparently still out of contention there is a chance of three in a row.  Travelling fans will be willing Moult’s injured ankle to heal sufficiently to allow his return.  We will struggle to score without his movement in an around the box.

As the campaign moves to the final stages there is always a temptation to look over the shoulder to see the fortunes of our fellow strugglers.  Favourable results elsewhere are always welcome but if we are to stay ahead of the bottom pair then we need something from Firhill.  We may have to be content with a point after another draw – 1-1.