Motherwell face Rangers on Sunday hoping to end a poor run of results at Ibrox.  ‘Well fans have to go back to the glorious play-off in 2015 for a memory of a Steelmen victory.

Stephen Robinson’s team will seek to retrieve some of the form that moved them to third place in the table after the dip in performance that resulted in a home loss to Aberdeen last weekend. 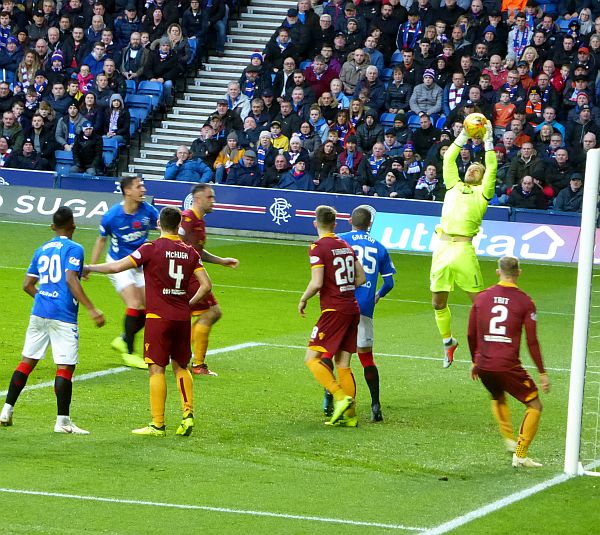 Peter Hartley’s head knock gave Bevis Mugabi an opportunity in the first team and he will be available if necessary.  The 24 year old central defender has eight Ugandan caps to his credit and was signed on a short contract following the injury to Charles Dunne.

The wide pitch in Govan will give Sherwin Seedorf an opportunity to justify some of the hype that followed his signing in July.  We have seen some flashes of his potential and Sunday will be a test of his progress.

Robinson is aware that his charges will have to be at the top of their game as he revealed his pre-match thoughts on the MFC website.  “Hopefully we can go and perform. We’ve been there a couple of times. I’ve got results in the past with teams. I’ve had bad experiences there as well. So we need every single player at the top of their game. "

Rangers earned a valuable Europa League point in Porto on Thursday but our manager believes that Steven Gerrard's squad will have more than enough depth and quality to offer stiff resistance despite their travels.

It may well be that the Motherwell fans in the corner of the stadium have to content themselves with memories of that Twist and Shout afternoon four years ago.  A 2-0 loss would surprise no one.

Remember our last trip to Govan?