Motherwell are away to Ross County on Saturday.   Can the Steelmen recover from last week’s setback and get back to winning ways?

This fixture provides an opportunity for Motherwell to re-assert top six ambitions.  With the benefit of a full week of preparation there should be no hint of the under par performance that ended the winning run in the last outing. 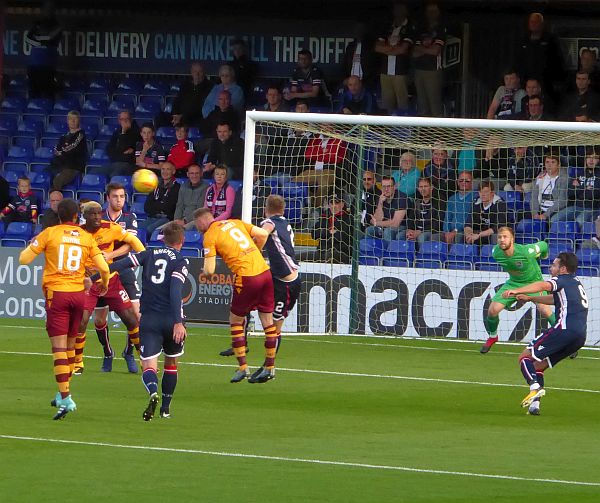 Our opponents have had an upturn in fortune since they appointed former ‘Well player Owen Coyle to replace Jim McIntyre at the end of September.  Their seven points from the last five games has them in ninth place with a three point buffer over the bottom pair.  The new manager seems to have brought a refreshing change to Victoria Park and his players have responded.  He has given the squad the opportunity to play for places and rewarded 20 year old midfielder Keillor-Dunn with an extended contract.

There is stand out goals scorer in the County team.  Since the change in manager their goals have come from six different players – Gardyne, Schalk, Mikkelsen, Keillor-Dunn, Curran and van der Weg.

Regular ‘keeper Scott Fox was injured a week ago and Aaron McCarey will be in charge of the goalkeeper’s gloves.

There is unlikely to be much of a change in Motherwell’s selection.  Although Stephen Robinson has growing reputation for mid-game changes he has settled on a fairly predictable top eleven.  To ensure that flexibility Grimshaw, Hammell, MacLean, Fisher and Petravicius played in the midweek U20 match against St Johnstone, ensuring that their fitness levels are maintained.

We have two wins over the Dingwall side already this season, both in August.  MacLean’s fine goal in extra-time saw us through the first knockout round of the Betfred Cup while Tait and Moult found the net in a 2-0 league win at Fir Park.

If the game goes to form we should return home with three points after a 1-0 win.

Remember our last trip to Dingwall?