Next up - season opener at Livingston

Motherwell and Livingston will meet on Saturday at the Tony Macaroni Arena as the new league campaign begins. The squads are much changed since they met in May to end the season, which will come out on top?

Confidence will be high in both dressing rooms following group topping form in the Betfred Cup.  Livingston took eleven points from their four games and ended with a 5-0 thumping of Berwick Rangers last weekend.  Motherwell enjoyed four wins and conceded none. 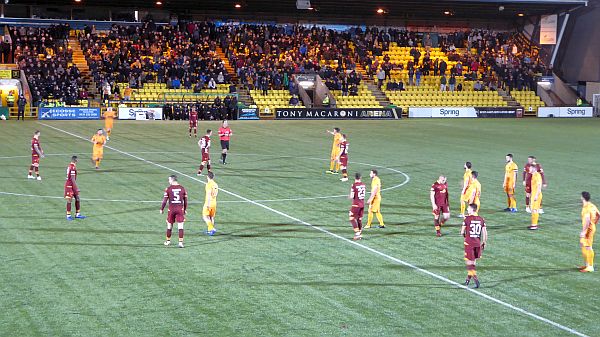 Although the turnover at Fir Park has been high, seven of the eleven who started against Livingston in May are still on the books and very much part of Stephen Robinson’s plans.  But a number of newcomers will get an introduction to the artificial surface on Saturday.

The pace of Jermaine Hylton and Sherwin Seedorf will give the home full-backs a severe test and James Scott will hope to benefit from their service.  Liam Donnelly has impressed in the opening encounters and his thunderous strikes will have persuaded the manager to keep him in the midfield position.

Competition for the remaining places in the centre of the park will be intense and we will have to wait for the team sheets to discover Robinson’s choices.

The usual home advantage is boosted by familiarity with the pitch but few would dispute that the visitors have the stronger squad.  We can expect a close game but a 1-0 away win may be on the cards.

Remember our last trip to Livi?