Motherwell will travel to Perth on Saturday to face a St Johnstone side yet to record a league win this season.  Can we overcome our charitable tendency and take three points?

The loss from a wining position against Ross County last weekend was, by the manager’s admission, self imposed.  His judgement that “we had only ourselves to blame” should have produced some soul searching as the players reflected on their afternoon labours. 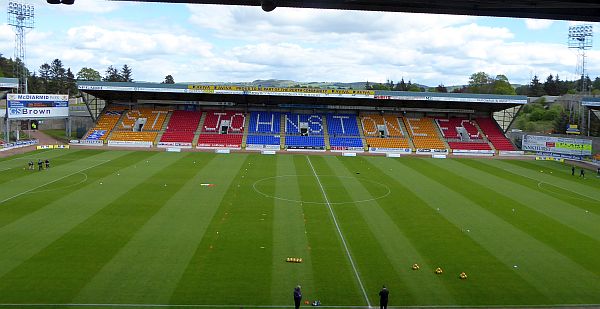 Our opponents have the returned Stevie May leading their line but as yet with little success.  Another threat to our defence will come from Michael O'Halloran, he has goals against Hibs and Aberdeen to his credit.

Tommy Wright pointed out in the Dundee Courier that his side has faced five of last season’s top six and stressed the need for clean sheets. “Going behind in games is killing us. That has to stop.”

The defensive weakness on show as Rangers cruised to a 4-0 win at McDiarmid Park was evident and our forwards should relish the opportunity to bounce back. By using width and pace our attack could earn a winning reward.

With that in mind the travelling fans will expect to see their claret and amber favourites produce a more ruthless and determined display against Wright’s struggling Saints.  They have to gain the advantage of that first goal and then be able to manage the game.

Suspended Jake Carroll will be missing and there will have to be a restructuring of the back line but a first goal could send us on the way to a third consecutive win on the road; 2-0.

Remember our last trip to Perth?