Motherwell and St Mirren rejoin battle at Fir Park on Saturday this time on league business.  Both teams suffered 2-1 defeats in midweek and look to this meeting for success.

The home side has suffered a drastic drop in form in recent weeks.  The year started well with a cup win at Dens and a triumph at Pittodrie then came a dismal run of five with two draws and three losses.

We are weak in attack, only two goals in the last 450 minutes, unsettled in midfield and increasingly careless in defence.  Chris Long works tirelessly leading the line but his goal scoring opportunities are restricted by poor service.   The team relied heavily on productive wide play in the first half of the season but there has been little spark from the wings in this current slump. 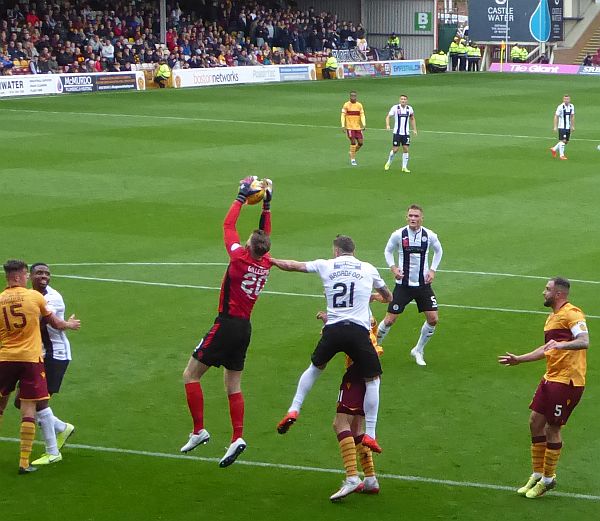 Stephen Robinson does not have much room for manoeuvre but a change of shape may be on the cards.  Christy Manzinga put himself out of contention with his antics at McDiarmid Park so he may call on Christian Ilic or even Mikael Ndjoli to freshen up the attack.

Our opponents have also suffered from a poor run.  Apart from the elimination of Broxburn Athletic in the cup they have been denied any win bonuses in the last six attempts.  Jim Goodwin had a go at his defence after Wednesday’s loss to Livingston calling them naive.  Let’s hope they bring some of that on Saturday, we could use the help.

The Fir Park faithful have not seen a win on home turf since early December, time for a change in fortune, 2-1.