Two late goals ended Motherwell's cup dream at Ibrox.  Moult gave us the lead in the second half and the advantage remained until Miller put Rangers into the next round with a double in the last six minutes.

It was a cruel defeat given that the manager's tactics almost delivered the win.  We seemed content to concede possession and for over an hour most of the play was in our last third.  Moult's powerful header from Cadden's cross delighted the large 'Well support and some dared think that we might hold on for the remaining 15 minutes.  To lose two so late was a devastating blow. 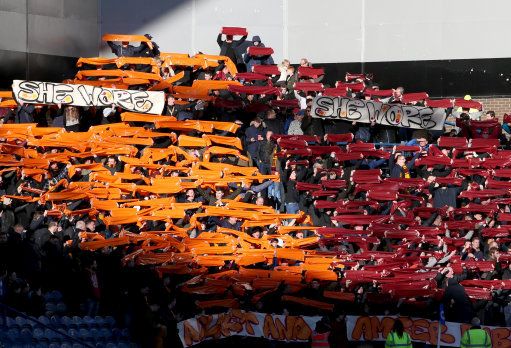 McDonald started on the bemson had few saves to make before the break.  Apart from a Miller header off the bar and a big shout from the home crowd for a penalty we looked fairly comfortable.

On the hour both managers opted to make their first changes and McDonald came on for Chalmers.   The effect was immediate as we suddenly switched to attack mode.  Indeed, McDonald had a shot on target two minutes after he joined the fray. 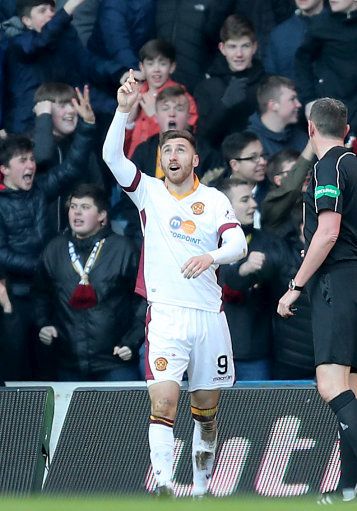 Cadden was short of pace throughout the game but he played a vital part before he was withdrawn.  His pinpoint cross in the 75th minute offered Moult a chance for glory from 8 yards.  The powerful header flew into the net to spark great celebrations as the team came together in front of the 'Well support.

Rangers stuck to their plan and scored the equaliser with 84 minutes on the clock.  Miller's header gave Samson no chance.  Within seconds we had a great chance to retake the lead.  Foderingham did well to block McHugh's shot but McDonald had no luck with the rebound.

It looked like we might take the tie back to Fir Park but with two minutes of regulation time left disaster struck.  McManus lost possession and Miller was released with only Samson to beat.  His low shot found the target and the game was lost.

The concession of late goals at Ibrox has cost us dear.  A similar loss earlier in the league season has been followed by the cup exit.  It does not make for happy viewing.  A distraught McGhee described the last goal as 'ludicrous'.