Just over a week ago we anticipated a crunch meeting with Aberdeen at Fir Park.  Now Motherwell and the rest of football has packed up for a indefinite shutdown.

That third against fourth game was the first casualty and the rest of the fixture card followed.  At the time most accepted the decision as one that erred on the side of caution.  Ten days later we are in a situation that has almost the whole of the country on the verge of shutdown.  The speed of the change has been incredible.

The crisis has forced fans to look at the world not through the colours of their team.  There are more important issues.  Nevertheless we keep an eye on any news that relates to Motherwell.  Here’s a summary of the last week. 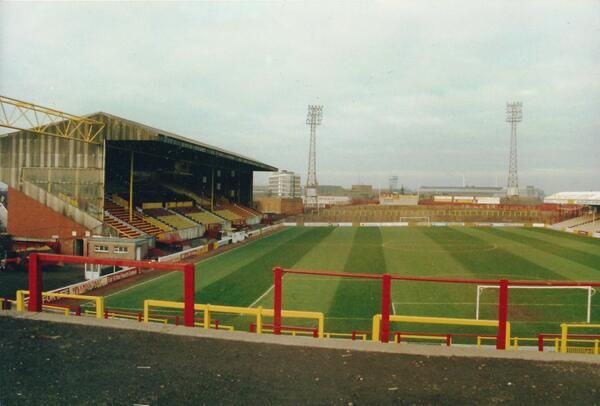 The Well Society, via its small section on the club website, released a statement that expressed support for the decisions made by the authorities and then encouraged donations or new membership subscriptions.  These can be made here.  The Society also suggested that season tickets might go on sale early in April.  Fans will be keen to buy early to provide some income to the club.

Our CEO has been widely quoted about the completion of the season.  He said on BBC Sportsound, "If we're being realistic, we've got to understand having the season completed before the end of June, which is the deadline for the domestic fixtures to be complete by Uefa, is very optimistic".  Few will argue with his analysis.  Alan Burrows, like most of the staff at Fir Park, and now working from home although the club office is being operated on a rota.

Alan also pointed out, this time to BT Sport, that the transfer fee the club received from James Scott’s January move to Hull City is providing a comfort in these troubled times.

Andrew Wilson has resumed his seat on the board of Motherwell FC.  As chairman Jim McMahon noted, “he’s extremely well respected and connected.”

The club also brought forward a planned procedure on David Turnbull.  A follow up to his major knee surgery was always planned.  Steel pins had been inserted and their early removal should give him ample time to prepare for the new season, whenever that happens.