The SPFL has published details of the final 5 games of the season and they are as follows:- 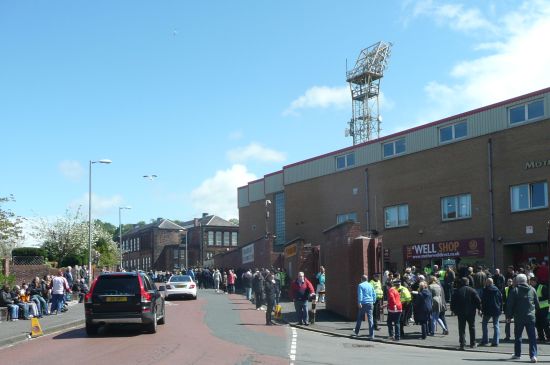 Motherwell fans gather for the play-off  - let's hope we don't see this again!

The only imbalance to the fixture list is that we will play Dundee for a third time at Fir Park.  None of our games have been selected for live TV, $ky and BT have left us alone.

The results achieved already against our bottom six rivals looks encouraging.  From 14 matches Motherwell have 6 wins, 5 draws and 3 losses.  If we come anywhere near that return in the remaining fixtures safety is assured.