A disappointed Motherwell contingent left Dingwall without a point.  They knew that the game was lost thanks to a poor defensive performance in the first half and drew little consolation from the revival in the second.

Keith Lasley was on duty in the technical area as Stephen Robinson served his one match ban. There can be no better place to be 'banished' to the stands than Victoria Park as the dugouts are cut into the seated area.  Robinson had no need of a mobile phone to pass along any instructions. 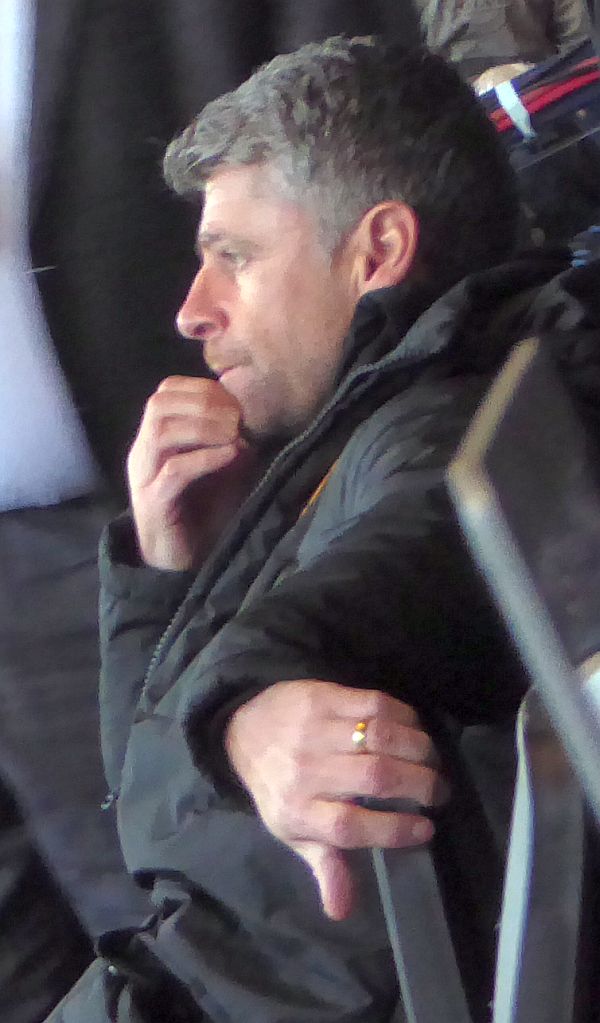 Not a happy man

His feelings would be made clear to the players when he was freed to enter the dressing room 15 minutes after the final whistle.  Reports suggest that the team was told in no uncertain terms of his displeasure.

Lasley did the post-match interviews where he stressed the failings at set pieces.  The positive signs that were on show in the second half were of little consolation, we lost the game.   He dismissed any notion that the upcoming final may have had an influence on preparations for the game and stated that the focus would now be on the game at Aberdeen.

Owen Coyle felt his side deserved the win but he acknowledged the quality of the headers from Bowman and Moult that brought us back into the game.

We had a real chance to snatch a point as the game drew to a close when Kipré was afforded a header from close range but he lacked the direction needed to beat the 'keeper.

With the international break ahead most of the squad will get a break for a few days.  Cadden and Campbell will be involved with the U21 qualifiers before attention turns to the tough fortnight as the month ends.

A trip to Pittodrie followed by a triple against Celtic in seven days is a severe test.  The value of our good start to the season may be evident at the start of December.