Motherwell fans have not seen their team win a league game at Fir Park this season and on yesterday’s performance few expect that dismal stretch to end soon.

The post-match interviews revealed a downbeat manager and players in agreement that we were poor.  An all too familiar list of phrases appeared: lacking in confidence –stand up and be counted – playing with fear – sloppy defending – need to step up to responsibilities. 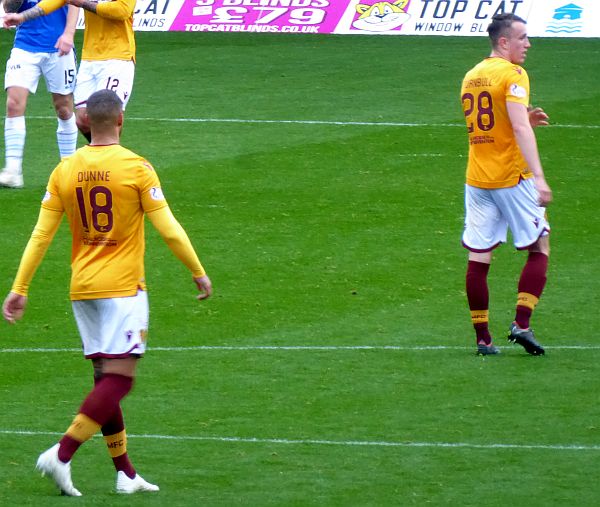 Good to see this pair on the park

The upshot is that we have a measly five points from nine games and now sit above the relegation slots only because St Mirren and Dundee have (somehow) managed to plumb deeper depths.

It is no surprise to see a growing number of fans question the manager’s ability to drag us out of the slump.   Last season’s successes were celebrated but the harsh reality is that every season starts with a blank sheet and so far little credit has been built.

Any shouts for change will be heard in the boardroom but more considered voices will point out the cost of jumping ship.  The club offered a two year extension to the manager last October and he accepted the deal and committed himself to Fir Park until May 2020.  Neither party will be keen to end that agreement.

The next two games may offer an indication of the season ahead.  We travel to Paisley on Wednesday 31 October (please – no jokes about eleven guisers from Motherwell dressed as football players...) before Dundee visit on Saturday 3 November.  Let’s suspend judgement a while.

Motherwell on the Slide