The end of the break is in sight

Not long to wait now!  After a three week break Scotland’s top teams will soon return to action and provide some entertainment for the fans.  It can’t come soon enough.

As Motherwell travelled back from sunny Tenerife on Saturday their upcoming Scottish Cup opponents were the recipients of a thumping in Dumfries.  Whether that suggests a well-timed dip in Ross County’s form remains to be seen. 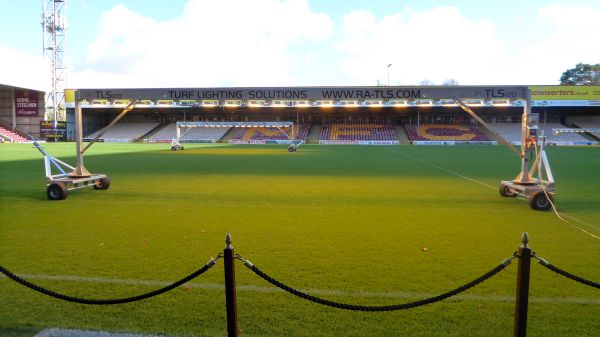 Let there be light

Regardless, the five day training camp seems to have been a success. A combination of hard work and team bonding far away from the dreich Scottish weather is now the tried and tested routine during the winter break.

The new additions, Ross McCormack and Gboly Aiyibi, have spent time with their team-mates and the beginnings of an understanding about on field methods will be underway.  With a couple weeks to run until the transfer window closes there may yet be movement in and out.

Fans may get a first look at our new winger this weekend but we may have to wait a bit for the return of McCormack in claret an amber.

The fourth round of the Scottish Cup offers a welcome return to the stands after a couple of football free Saturdays.  Last year we met Hamilton at this stage with hope but little expectation of the journey ending at Hampden in May.  It will be with a similar frame of mind that we return to Fir Park this weekend.

Two league matches follow in the week after the cup tie.  Hibs visit on Wednesday 23 January before we travel to Dens Park on Saturday 26 January.