A bore draw at Fir Park

An uninspiring draw provided little entertainment for the 4,607 fans inside Fir Park as Motherwell and Partick Thistle played out a 1-1 draw.  Doolan gave the visitors the lead and Ciftci levelled the game with his first goal for the club.

Stephen Hendrie was given his first start in claret and amber and was in action immediately.  He conceded a free kick with a high kick that made contact with Osman’s face then cleared the danger with a header.  Tait replaced him at half time. 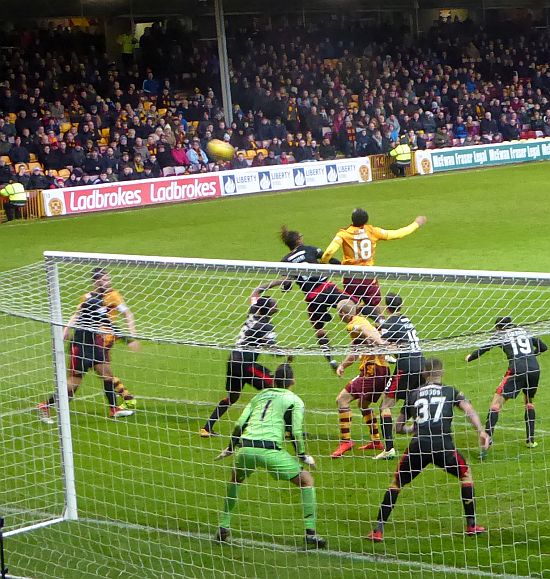 Motherwell kicked into gear only after the loss of a second half goal.  Then the urgency that had been missing was contrasted with the slow motion antics of Thistle as they used every trick in the book to fritter away every possible second.

We almost snatched the lead early when Tanner’s deep cross found Ciftci.  Cerny deflected his effort from close range.  We rode our luck in the middle of the half when Woods and Dumbuya spurned good opportunities before Edwards headed over the bar with the goal at his mercy.

Main came close with an attempted lob from 18 yards but Cerny, at full stretch, got a hand to the ball to send the teams into the break.

Almost ten minutes into the second period it seemed that we had the opener.  Cadden’s corner from the Hunter stand side found Ciftci beyond the far post and his header back into the mix let Main head home.  An offside decision cut the celebrations short.

Worse was to follow.  We conceded a free kick and omitted to mark Doolan who was happy to send a powerful header into the net.  Thistle then played as though bonus money depended on the time they could waste.  The Fir Park crowd hissed and booed their antics and our players started, at last, to pick up the pace.

A draw was probably the right result for a game that neither team deserved to win.