A Sammon double wins the day

Motherwell got their Betfred Cup progress back on track with a comfortable 2-0 win over Queen of the South thanks to a double from Conor Sammon.

Despite a few jitters in the opening minutes we controlled the game and the Doonhamers never posed any major threat.  Now a win at Broadwood on Saturday will have us on top of the Group G table. 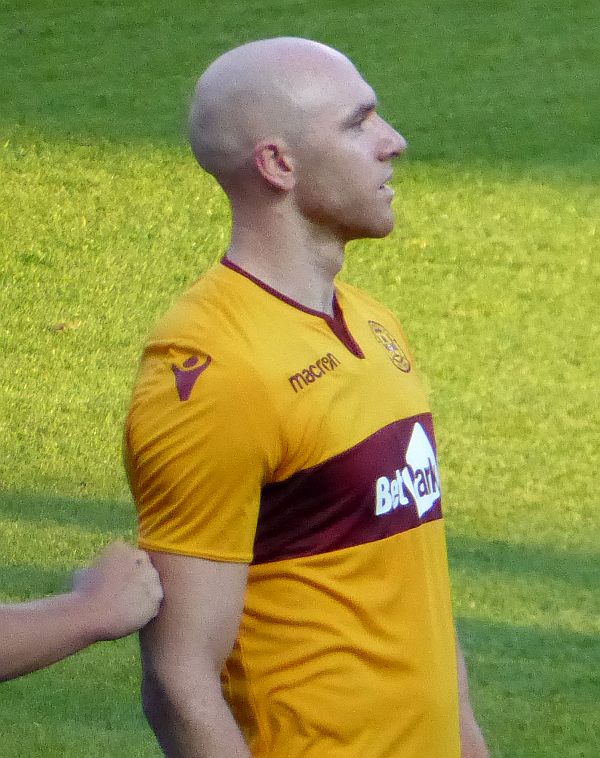 Conor Sammon opens his 'Well account with a pair

There were five changes from the eleven that could only manage a draw in Stranraer.  Main joined Dunne on the injury list.

It took a while for us to stamp authority on the game and after an early shot from Tait we had to rely on Carson for saves in the 4th ,5th and 6th minutes to avoid a loss.  Dobbie had shots on target and Semple powered a decent header.

But home concerns were allayed in 12 minutes when Cadden embarked on a fine run from the right.  With defenders trailing in his wake he slipped the ball forward to meet Sammon’s run and our new boy slotted home.

Frear almost converted as he slid in at the far post but the game was put to bet hen Sammon got on the end of Bowman’s assist.  With a cool and composed placement to the left side of goal we were clear with a 2-0 lead.

Semple earned more than a few boos when he scythed Bowman ten minutes into the second half and that prompted our first substitution when Johnson replaced the limping striker.

Chances for the visitors were few and their best come on the hour when a goal-bound header from Dobbie was palmed to safety with a flying one handed save from Carson.  Martin in the away goal joined in the applause for the fine save.

We had a few half chances but failed to add to the tally.  With the game safe we look to Saturday’s game against Clyde when a win will put us in he knockout stage of the competition.

Motherwell 2 Queen of the South 0