Another poor display from Motherwell

Motherwell delivered another lack lustre performance and lost to Dundee United in the second game of the season.

There was no cutting edge or inspiration on show as we lost on the sun drenched perfection of the Fir Park pitch.  Dundee United played deep at the start but as the game progressed they showed some pace in attack.  We can have little complaint at the result. 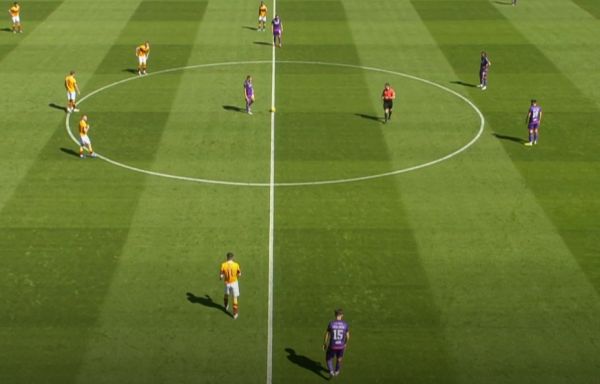 Pictures grabbed from the MFC stream

We spent the first half trying unsuccessfully to penetrate stubborn ranks of purple clad United defenders.  A long range effort from Liam Grimshaw and a free kick from David Turnbull were the only threats in front of the South Stand.  Christopher Long got into a great position but his cut back across goal was cleared for a corner. 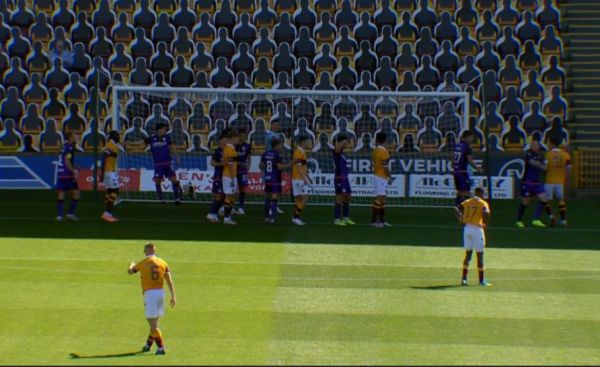 The visitors relied on attacks on the break and Luke Bolton had the pick of their few chances.  He blasted into the side netting from the wide angle.

Sherwin Seedorf started well and produced a few good deliveries but his team-mate on the opposite flank had a quiet half and Jake Hastie remained in the changing room at the break.  Tony Watt was given a chance to shine.

Momentum swung the visitors’ way as the shadow crept on to the park. We looked pedestrian going forward and frustration began to grow as passes went astray and possession was given up.

United took the lead six minutes into the second period.  We had cleared an attack but the ball fell to Bolton on the right wing. His cross landed at the feet of Mark Reynolds and he finished well from the back post.

A glorious chance arrived in 62 minutes when Seedorf's cross was headed back across goal by Watt.  Long headed over the top.

Dillon Powers almost cracked the bar with a rocket late on as Motherwell struggled to cope with the team holding the goal advantage.

Jordan White gave us a late thrill when he headed home by the officials spotted a push and ended our cheers.

After two games we have no points and the pressure builds for the visit of Livingston on Wednesday.