Motherwell endured a self-inflicted 3-1 loss to Ross County in a poor night in Dingwall.

It all looked good when Roberts smashed a second half equaliser into the net.  Ross County then had a man dismissed, surely there was only one winner?  Defensive errors gifted Regan Charles-Cook late goals and only a long difficult homeward tip remained. 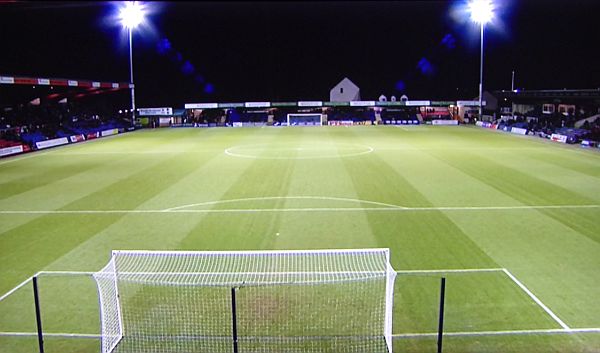 Motherwell stuck with ten of the eleven that took the points on Boxing Day, the only change was the inclusion of newly signed Jordan Roberts as Connor Shields dropped to the nine man bench.

The visitors got the game underway and were quick to gain the upper hand.  Liam Donnelly and Blair Spittal had a clash of heads but both were able to continue although Donnelly needed treatment.

Kevin Van Veen had the first attempt of goal as he twisted and shot at Maynard-Brewer from an acute angle.  Sondre Solholm tried his luck with a header high over the bar from a free kick.

At the other end a rare County break afforded a chance for Dominic Samuel (one of two first half substitutes for the home side) but an excellent block from Nathan McGinley cut out the threat.

Van Veen fired a 25 year free kick a foot beyond the post as Motherwell pushed for the opener.  But disaster struck in the fourth added minute before the break.

Regan Charles-Cook found space on the left wing, Bevis Mugabi failed to prevent the cross and Sondre Solholm's attempted clearance sliced into the net.  It was a half-time lead hardly deserved.

Ten minutes into the second period Van Veen chased the ball on the left wing.  He collected, looked for support and saw Roberts.  The pass found the forward and from the edge of the box the ball flew into the net.

Within a minute County were reduced to ten men when John Beaton produced a red card for Jordan Tillson's two footed lunge on Roberts.

The advantage in numbers counted for nought. Slack defending gave Charles -Cook a clear sight of goal in the 79th minute and the game swung to the home team, 2-1.

Graham Alexander's response was to swap Barry Maguire for Connor Shields but a third goal followed.  Mugabi's outstretched arm  struck Charles-Cook's cross and the referee pointed to the spot.  The winger converted. Motherwell had conceded twice to the ten men and the game was gone.

The hold on fourth place has weakened and a huge improvement will be needed if the team has any hope of staying in the top six.