Motherwell won the Boxing Day game in Dingwall with two second half goals in reply to the first half strike by Ross County.  Ross MacIver scored on his debut before Declan Gallagher grabbed the three points with a last gasp header. 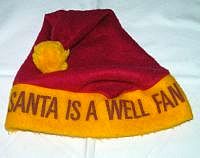 We were behind at the break despite having the better chances.  County were reduced to ten men with twenty minutes to play and we took advantage.  Ross MacIver was given his first outing for the first team and made his mark with a fine debut goal.  Declan Gallagher rose to head home a corner kick to spark wild celebrations from the 300 'Well fans.  What a way to shorten the long journey home.

For the first time since August Motherwell started with Sherwin Seedorf, James Scott and Jermaine Hylton in attack.  Richard Tait returned to the starting line up as Liam Grimshaw, Liam Donnelly and Christopher Long made way.

We had a bright start with Seedorf making good use of space on the left to supply Scott with a few half chances.  The Striker forced Baxter into a goal saving block after ten minutes.  Allan Campbell joined the party with a header that flashed by the post.

The early pressure counted for nothing as County took the lead midway through the half.  A cross from Kelly was converted by Spittal's header.

A couple of chances for the equaliser arrived before the break.  Hylton let loose from 25 yards and then Polworth headed wide as the missed opportunities piled up.

Jake Carroll had a chance to emulate his goal against Kilmarnock when we were awarded a free kick early in the second half but his attempt struck the wall.

He had another attempt when Seedorf was pulled down on the way into the box.  Spence was given a red card for preventing the opportunity but the dead ball kick was saved.  We had 30 minutes to face ten men.

Our opponents had no hesitation in stopping our threats by any means as we used the man advantage to press. Allan Campbell was replaced by Ross MacIver as the manager stepped up the attack with 20 minutes remaining.

The substitute had been with Ross County last season and made an immediate impact.  From 22 yards he fired a rocket into the top right corner.  It was the first equaliser Motherwell had scored since April and it set up a nail biting last ten minutes.

We were deep into the three added minutes when the winner arrived.  Liam Polworth sent in a corner kick and Gallagher rose to send the ball into the net.  The goal delivered a deserved win and cemented our place at the top end of the table.

Next up is the visit of Hamilton on Sunday.