Motherwell and Aberdeen played out a goalless draw at Fir Park.  It was a fair result given the toothless attacks on show.

The point will probably seem like a bonus to Stephen Robinson and a missed opportunity to Derek McInnes as his side had the majority of the ball.  The telling statistic is that each team had one shot on target in the first half and none in the second. 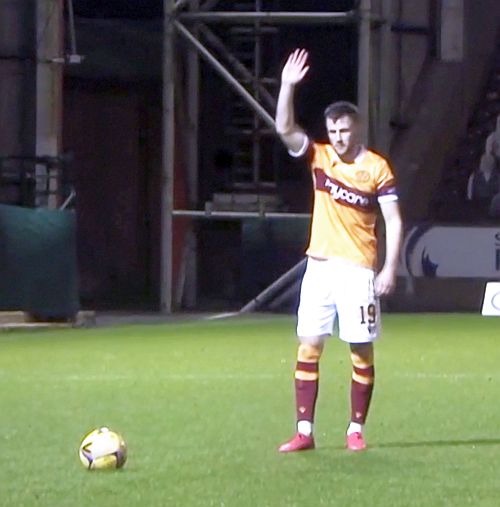 Liam Polworth was recalled as Bevis Mugabi dropped out.  Mark O'Hara dropped back to share defensive duties with Declan Gallagher and Ricki Lamie.

Motherwell kicked the game off but the visitors showed some early control before the teams balanced possession for the rest of the half.  Former 'Well man Curtis Main glanced a header off the bar and Johnny Hayes collected a short free kick to test Jordan Archer with a powerful low drive.

At the other end Joe Lewis collected an on-target 25 yard effort from Mark O'Hara but neither team created a clear cut opening.

The second period produced another scrappy 45 minutes that probably had the remote viewers grateful to have the comfort of central heating rather than a chilly seat in the stand with nothing on the park to generate any heat.

Devante Cole replaced Callum Lang and after a five minute warm up he reached the dead ball line and delivered a teasing cross through the six yard box but there were no takers.  Motherwell’s best chance fell to Liam Polworth, the sponsor’s man of the match.  Tony Watt had a decent game and he set up Polworth for an attempt from 15 yards but the side footed shot was blocked by Considine.

Jordan Archer had to stay alert but the red shirts were kept well away from his goal and he had no difficulty in earning a clean sheet.

Neither team can claim much credit for this blank affair but the point ends Motherwell’s losing streak.

Next up is a six pointer at Tannadice.