Celtic gave Motherwell a lesson in finishing and rolled out 4-0 winners at Fir Park.  The home side spurned numerous first half chances and paid the price.

The opening ten minutes told the tale.  Motherwell had three decent opportunities but Celtic were a goal up with their first press on the Cooper end goal. 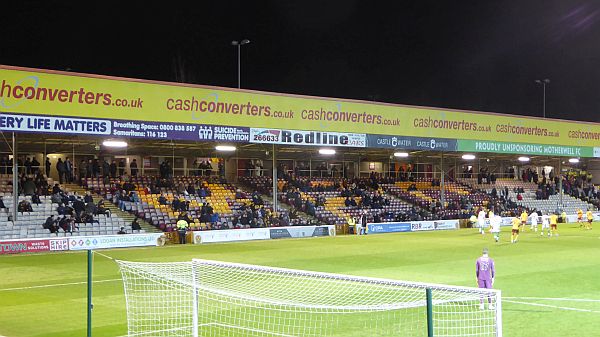 Stephen Robinson introduced Rolando Aarons to the team along with Liam Grimshaw.  Richard Tait and Christian Ilic made way.

It was an encouraging first half from Motherwell.  We had plenty of the ball and pushed forward with energy.  Aarons showed enough on the wing to suggest that he will get more game time as the season progresses.  Jermaine Hylton balanced on the right wing with Chris Long in the middle.  Early attempts from all three forwards delivered an early statement of intent.

Indeed, few would argue that were deserved to be behind at the break.  Edouard’s ninth minute goal as he latched on to a rebound came from the only goal threat the visitors presented in the first half.  We were denied an equaliser just before the break when Aaron’s fierce shot from the left side of the penalty area was sent for a corner by the imposing Forster.

The second half produced a different story.  Celtic got their act together and had us defending deep for long spells.  We coped well but were open to fast breakaways anytime we lost possession in their half.  Griffiths had a simple task to claim his goal as he converted McGregor’s cut back.

The gulf in class was obvious to all but there’s no doubt that Motherwell’s first half performance will offer some hope ahead of the cup tie in Paisley on Saturday.